Police in Swansea are continuing to appeal for witnesses following a robbery which happened shortly after 10.30am on Sunday 13th July on Nyanza Terrace in the Uplands area of the city.
The victim, a 39 year old woman, was walking along the street when she was approached by a man in possession of a knife who demanded money. After a scuffle the man made off.
The suspect is described as a white man in his 20s with short hair. He was wearing a light grey top with a blue pattern on the front and his hood raised. He also had grey jogging bottoms.
Following the incident the man made off along Bryn y Mor Road.
Police have arrested a 20-year-old man in connection with the incident but are still keen to speak to anyone who may have information.
Detective Inspector Mark Kavanagh of Swansea CID said: “This incident happened at a busy time of Sunday morning and I am appealing to anyone who may have seen the suspect in the area of Nyanza Terrace either before the time of the incident or fleeing from the area and along Bryn y Mor Road to contact the police as soon as possible.
“We are pleased with the response we had from the public following our initial appeal but we still want to hear from anyone who may have information to assist the investigation.”
Anyone with information is asked to contact Swansea Central CID on 01792 450618 or 101 or Crimestoppers and quote occurrence number 1400251683. 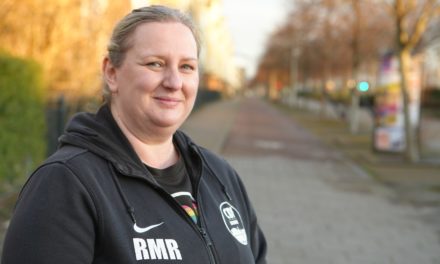 Tennis Wales takes to the road.