A gruelling walk around the ‘Boundary of Wales’ has raised almost £3,000 to give more youngsters in Wales the chance to play cricket.

The money raised – currently over £2,800 with more expected – will go towards the Cricket Foundation’s Chance to Shine programme, which enables children in state schools in Wales to play cricket, through the work of Cricket Wales.

“This has been the most physically and mentally challenging episode of my adult life,” said Stephen. “Wales is a great country. Cricket is a great game and my Dad was a good man. I am pleased and proud that I could bring them all together to help raise money for the future of Welsh cricket.”

Stephen’s highlights included meeting his childhood heroes Gareth Edwards, JPR Williams and Graham Price in Solva where they were part of a celebrity group of ‘extras’ being filmed for a new interpretation of Dylan Thomas’ Under Milk Wood.

He was also delighted to meet local cricketers at Neyland CC, Aberystwyth CC, Menai Bridge CC and Pontypridd CC, which emphasised to him the love of cricket throughout Wales.

“Then there was Wales itself,” he added. “Its beaches, castles and cliffs – I have seen numerous places which I will revisit in the coming years. The 50 days went by in a flash. The memories will stay with me forever!”

The walk started and finished in Mumbles, Swansea, where the Hedges family lived after moving from Pontypridd.

It ended with a hog roast at Mumbles Cricket Club, as well as cake provided by Stephen’s mum, Jean, and family friends.

Stephen covered a total distance of 1,050 miles and climbed a height equivalent to four Everests.

“This was an absolutely fantastic achievement,” said Peter Hybart, chief executive of Cricket Wales. “Stephen’s commitment has been incredible, and the money he has raised will make a real difference in providing opportunities for young people to take part in the game his father loved so much.

“The Chance to Shine programme is doing great work in giving more state pupils access to cricket, and further funds will enable us to involve even more children.”

Bernard Hedges was one of the great Glamorgan batsmen, with a dazzling career which stretched from 1950-68. He amassed nearly 18,000 runs in that time and remains seventh on the all-time run-scorers list for the county.

Born in Pontypridd in 1927, Bernard Hedges was an all-round sportsman, who also played rugby for Pontypridd and Swansea. After his playing days, he retired to Mumbles, where his widow Jean still resides.

Donations to the Boundary of Wales walk can be made at www.justgiving.com/theboundaryofwales

Once upon a time in an aisle of Sainsbury’s 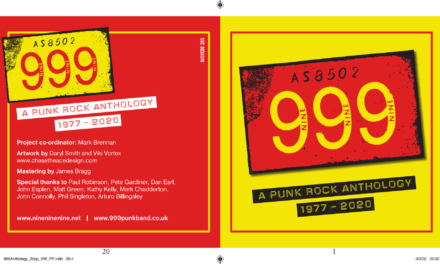