The Ramones are brats on the beat!

The nascent punk scene in an early to mid 70’s New York City threw up an array of players but The Ramones were the band that defined the new rebel rock. The fast, furious, bubblegum, blast of this full leather jacket experience was the catalyst to a

host of heroes that were to follow as the decade unfolded on either side of The Atlantic.

On the back of their eponymous debut album released on Sire in 1976 The Ramones set out on a global assault that was to take in over 2000 gigs in a 22 year career. The pinnacle of power came in those early years when their most memorable material surfaced. Therefore, the Transmission Impossible: Legendary radio broadcasts from the 1970’s 3CD set on Eat to the Beat Records is an essential document for any music fan with a beating pulse.

This potent pop package unites a trio of concerts originally broadcast on FM Radio in the locality of their origin (plus there are also bonus interviews). The performances have now been made available to a wider population and this soaring, speeding, sonic style demands your attention.

The lived lustre stems from 1977, 1978 and 1979 and there are so many highlights as the band play at breathtaking pace and Joey Ramone ices the songs via a unique delivery. There is no time for rest as the feisty foursome fire out their golden gung ho grooves. The majority of the tunes are one to two minutes plus and before the listener has taken note of the current track they are jettisoned in to a new offering! The impact of this incendiary aural assault gave The Ramones more fame as an influence than as a commercial entity but this atomic act deserved so much more during their existence.

Unfortunately, there are only the memories as the iconic individuals of the early Ramones line up are all now sadly deceased. This fine tribute to The Ramones has appeal to the older fan and also a new breed. Here today, gone Tomorrow is not the case for The Ramones as their Commando kudos is still alive in 2015; and, this lethal legacy remains as one of the most colossal contributions to contemporary culture! 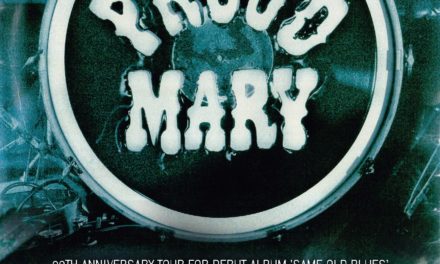 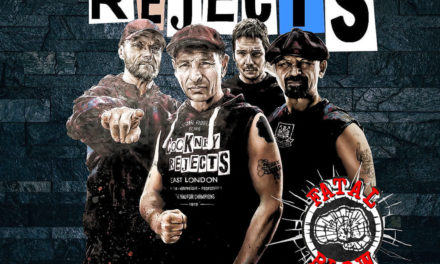