Nirvana was a phenomenon that helped shake up an American rock arena that had become sterile. An 80’s overload of poodle-haired posing and pouting was riddled with stomach churning stereotypes that offered nothing as regards social comment or a sonic vibe!

Along came Kurt Cobain and company riddled with rage and a range of influences that united punk, heavy metal plus less obvious alternative angles. The period 1987 until the unfortunate death of their iconic leader in 1994 had the band score incredible commercial acclaim across the globe. A colossal combo found its fame as Cobain and Krist Novoselic were eventually joined by Dave Grohl (in 1990) and this trio moved to the forefront of the grunge movement.

The Transmission Impossible: Legendary Radio Broadcasts from the 1980’s-1990’s  is a thrilling new 3 CD package. This potent product traverses through the Nirvana years taking in a variety of sets from a series of locations. There is an overwhelming distress that the power of Cobain is no longer with us but the overriding delight is that this soaring set captures the electric energy of the Nirvana experience. There are live albums that undermine the real feel of the gig but this roaring release pays homage to the raw power of these sonic soldiers. Seven different performances are highlighted capturing the band at an array of the stages of their development while facing home and away audiences! However, each and every crowd shares a common experience-and that is blistering 110% aural endeavour that comes from the heart and soul.

This is loud and proud but underneath the surface Cobain’s tortured persona offers the momentum even more credo. There are the anthems but the punters at one show are teased with the opening bars of the most renowned rhythms of Smells like teen Spirit before Nirvana then head off to play other tunes! However, a best of bonanza ensues with rarities also afforded to ensure that this is both a valid and vehement collection.

This is a team effort but it is quite clear via these remarkable radio relics that the spirit of a sadly deceased star lives on. This art shaped box revives the majesty of Nirvana, please check it out! 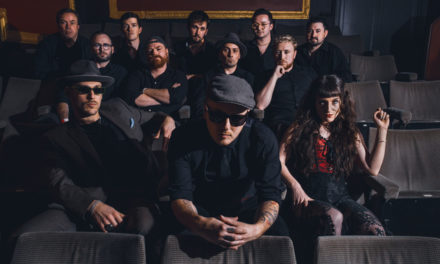