Going back to my Roots.

Taff’s Well Exies Club welcomed the sounds of Odyssey and a memorable evening ensued. A dose of dance floor action is just what the doctor ordered-and, this merry band of groove warriors are the musical medicine to satisfy your needs.

If you are up, down or caught between the two states a batch of infectious rhythms cannot fail to provide a good time-and, fair play to the current incarnation of Odyssey they push the button in favour of entertainment. The house of hits that put their pop prowess on to a pedestal were joined by a collection of classics with the emphasis on the hierarchy of commercial class from our bygone but buoyant past.

A river of rhythms included nods to Sister Sledge (Thinking of You), A Taste of Honey (Boogie Oogie Oogie) and Mcfadden and Whitehead (Ain’t no stoppng us Now). Meanwhile, the Chic Organisation penned Together tune written for Odyssey also meandered off to include the anthems of Cameo (Word Up), Cheryl Lynn (To be Real) and Patrice Rushen (Forget me Nots). This was not just good, it was very good!

New Odyssey material surfaced but it was the 70’s/80’s Top of the Pops perfection that ruled the roost. That meant the likes of Native New Yorker, Use it up and wear it Out, Inside Out, If you’re looking for a way Out and Going back to my Roots.

A collective Choreography ensued from an enthusiastic and receptive crowd who just wanted more-and, this gathered throng did not rest easy until the beats eventually ceased. Hey! Those who curse the choruses of yesteryear may be missing out on the magic touch of a Midas tune-and, in the case of an Odyssey show please get on board and you will smile all the while. It was raining outside but there was sunshine aplenty at a vibrant venue. Even if you are on the roof of the world Odyssey can blast you in to the exosphere!
4 Attachments 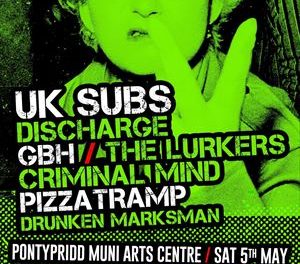