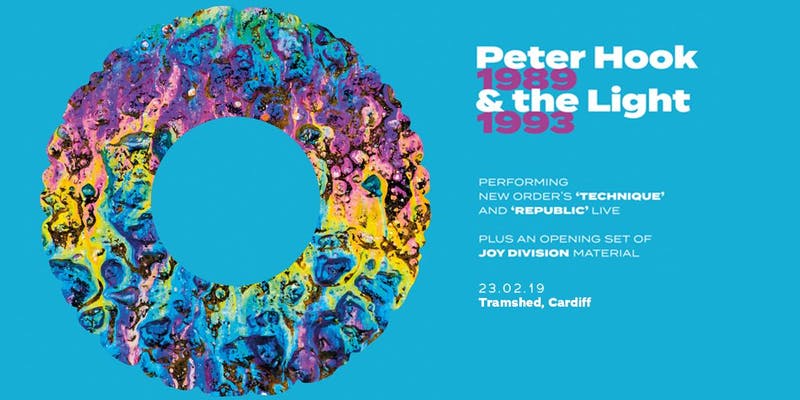 There are many pretenders to the throne of musical majesty but Hook deserves to adorn his crown. Hook developed his sonic skills through the realms of Mancunian mavericks Joy Division before he continued his ascendency to the royal rock roundtable via New Order. Along the way, Hook has promoted other projects such as Revenge and Monaco-and, at presenthe is the guiding force of The Light.

Peter Hook leads The Light at The Tramshed on Saturday, February 23 from 8 pm and he will recreate Joy Division releases that have played a major role both in his life and the lives of countless adoring fans. That illustrious opening will be followed by complete live outings of the iconic New Order albums ‘Technique’ and ‘Republic’. Hook and his band do not cut corners and play a long and lustrous set full of career highlights which place him as one of the beacons of pop culture.
For details: https://www.eventbrite.co.uk/e/peter-hook-the-light-tramshed-cardiff-tickets-49379895597: