To celebrate the Women’s World Cup, the Football Association of Wales Trust (FAW Trust) are putting on seven FAW Trust Football Festivals across Wales in June and July to provide girls and their families the opportunity to try football.

Each festival will have clubs and partners attending who will be putting on different stations with fun games, challenges and freebies to take home. There will also be some guest appearances from National players.

Although Wales missed out on a place in the Women’s World Cup, it provides the FAW Trust with an ideal platform to encourage girls in Wales in give the beautiful game a go. Having just secured a record-breaking win against New Zealand in an International Friendly, Wales will be setting their hopes on qualifying for the Euro 2021 throughout their next campaign which kicks off away to the Faroe Islands on 29 August.

Research suggests that girls typically have less confidence than their male counterparts, thus decreasing the chances of them joining a traditional sports club, which is why the FAW Trust are doing more to engage new audiences in varied formats to capture people’s interests.

Amongst women not playing football, the primary barrier to participation is not having had the opportunity to play at school. This highlights the need to increase participation amongst girls at an early age.

Darcie Barrie, 14, plays as a midfielder for Albion Rovers in Newport and is excited to attend one of the Football Festivals to help the younger girls get involved. “I’ve been playing football for six years and have made some great friends playing. It has kept me both physically and mentally fit and makes me feel confident. I would tell anybody, both girls and boys to just try it, you never know how much you’re going to enjoy something until you try. The feeling when I score is better than chocolate!”

Earlier this year, Darcie was invited to train with the senior Wales’ Women squad. “It was a great experience and made me want to keep playing football and to encourage other girls younger than me. Maybe I’ll be a role model to younger girls like the Women’s squad is to me.”

The power of positive role models of all backgrounds and interests will add enormous value to that message the FAW Trust want to convey – that football is a sport for everyone.

Laura O’Sullivan, Wales International Goalkeeper will be attending the Football Festival at Cwmbran on the 29th. Laura said: “Being considered a role model for younger girls is such an amazing thing, something I wish I had when I was in school. Attending the free Football Festivals is the perfect way for girls to try football, as I had no idea I had a talent for it until I was in college, imagine how good I would be if I started playing from the age of 6!”

Caroline Spanton, Head of Football Development for the FAW Trust, said: “‘There is a real and genuine excitement around girls and women’s football right now with the biggest Women’s World Cup taking place, we have to capitalise on the profile of this and help generate new audiences to engage in this fantastic and inclusive game.

“These smaller campaigns and free events are a key element of grassroots football, girls want the opportunity to try football, which is something they may not get to do at school.”

To find out where your nearest festival is, go to http://bit.ly/FAWTrustFootballFestivals. 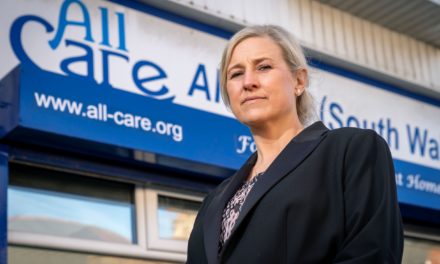 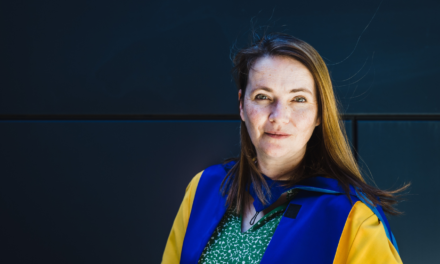