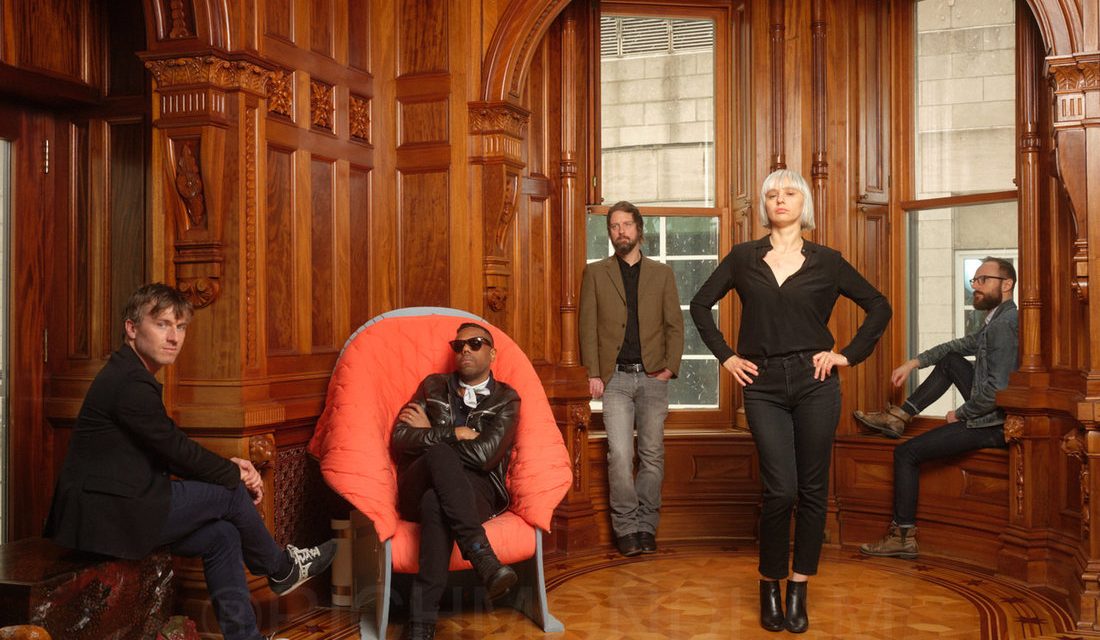 OUT 15TH MAY ON DANGERBIRD RECORDS

‘THE WORST IN US’

Montréal stalwarts The Dears have announced the release of their eighth studio album Lovers Rock on May 15 via Dangerbird Records. They’ve released the album’s first single “The Worst In Us” — share via YouTube. The band will preview Lovers Rock across twelve April shows in Europe and the UK before performing the album in select North American cities between May and July. View all dates below.

There’s a direct line between the sort of doominess of No Cities Left and this album,” says Lightburn. “You could go straight from Lovers Rock to No Cities Left and it’s like they’re interlocked. But it’s a different kind of doom. Around 2001, it felt like, ‘We have no control. We don’t know what’s going to happen next.’ Now it’s a doom that’s within our grasp. It’s in the air. It’s between us. But we do nothing about it.”

If The Dears have always made apocalyptic love songs for an existential crisis, there are also other constants, starting, of course, with the band’s two core members for two decades: Lightburn and Yanchak. There are also certain sonic and aesthetic parameters, within which the music can be both unsettlingly experimental and impossibly lush: part Bacharach, part Krautrock. From the anthemic anger and driving resignation of “Heart of An Animal” to the swoony, swerving, epic “The Worst In Us,” Lovers Rock is the sound of The Dears topping themselves yet again, an accomplishment borne of ambition, hard work, and a strong sense of identity.

02. I Know What You’re Thinking And It’s Awful

04. Is This What You Really Want

Lightburn was still touring his 2019 solo record Hear Me Out as work began on Lovers Rock. But she rarely lacks for inspiration, and as Yanchak says, “the band is never off.” “For us, the tank is never empty,” he explains. “For me it’s like an onslaught of ideas and sounds, and then I can’t keep up half the time. It’s a feverish process. Every record that we make, there’s a ton of songs.”

On Lovers Rock, Lightburn (vocals, guitar, “other”) and Yanchak (vocals, piano) are joined by longtime drummer Jeff “Looch” Luciani, who’s been in the fold since 2011’s Degeneration Street, and two holdovers from Lightburn’s solo record, Steve Raegele (guitar) and Rémi-Jean LeBlanc (bass). There’s also a string section, a cameo from fellow Montrealer Sam Roberts (who was also on No Cities Left), and saxophone from both Canadian Alex Francoeur and the E Street Band’s Jake Clemons (on the rattling “Stille Lost”).

Just by being at it for so long, The Dears are able to work faster and more efficiently than most ensembles, which is especially important when you have two kids (and when the business is less remunerative than ever). “The Dears aren’t fucking around,” says Lightburn. “We don’t have time to waste. We’ve got a job to do. And we’re going to do it. 20 years ago, I knew I had a sound in my head, but I didn’t know how to get that down. Now I know how to get that sound.”

You could still call it pop music, “but it’s a different kind of pop music,” says Lightburn. “It’s very focused on a certain type of person. I’m embracing the idea that we’re providing a service,” he adds. Part of that, he thinks, comes from being a parent: “I’m in service to these other humans, so I embrace that role as an artist. I’m making this music because I know that there’s people out there who need it.”

“The question we’re asking in the music is, ‘how do we navigate so much bullshit in this world?’” says Lightburn. “We’re still playing this dumb rock music. But there’s always gonna be a little twist of the knife, cutting into something deep to make you feel like you’re alive. To say, ‘I know what you’re going through. And I’m hearing you, and I’m with you.’ That’s what the music is supposed to do.” 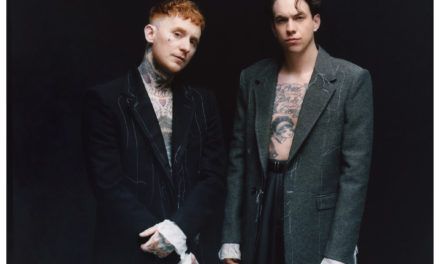