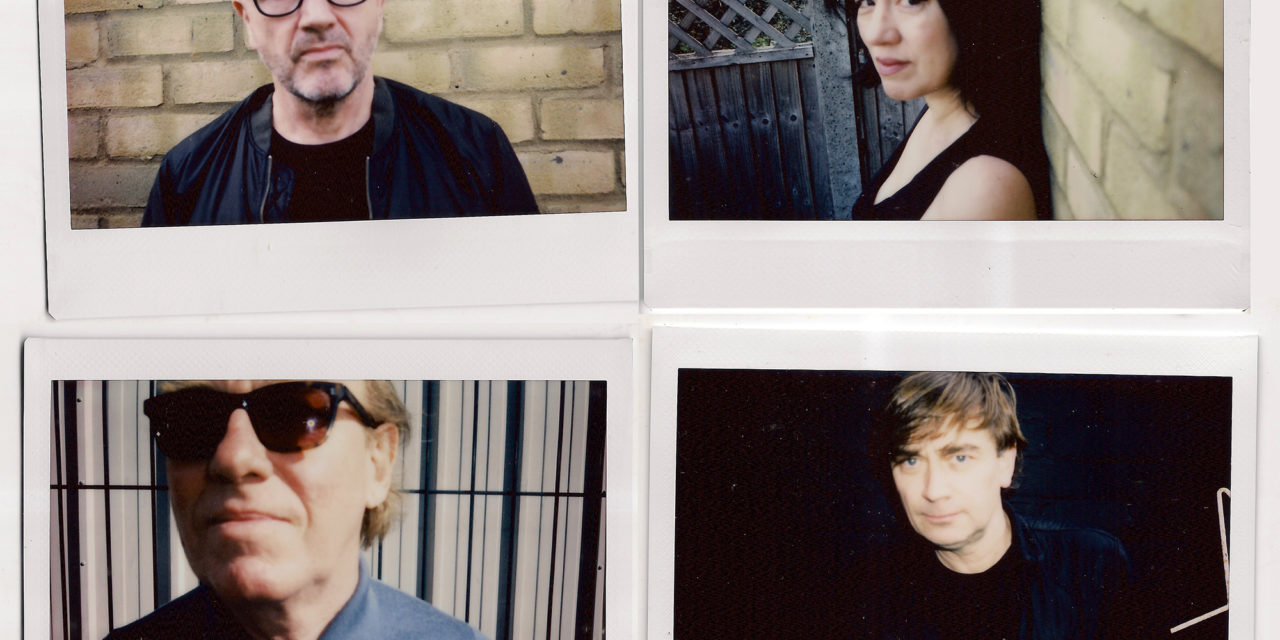 Share video for lead track “Scratching At The Lid”

UK live dates in the Autumn

Bella Union are thrilled to announce the release of Piroshka’s stunning second album, Love Drips And Gathers, out 23rd July.

The album builds on the acclaim of the band’s 2018 debut LP “Brickbat” and the reputations of the former members of Lush, Moose, Elastica and Modern English.

To celebrate the release Piroshka have shared a video for lead track “Scratching At The Lid”, directed by Connor Kinsey / Home Picture Films, and announced a number of Autumn UK live dates (see below).

Piroshka – Scratching At The Lid:

Piroshka emerged in 2018, four individuals with distinct musical identities but also overlapping histories – a combination that might have unsettled, or even overwhelmed, some bands. But in their case, the bond only got stronger. After “Brickbat” explored social and political divisions by way of what MOJO described as “Forceful, driving garage songs and dream-pop epics”, Love Drips And Gathers follows a more introspective line – the ties that bind us, as lovers, parents, children, friends – to a suitably subtler, more ethereal sound, whilst still revelling in energy and drama.

“If Brickbat was our Britpop album, then Love Drips And Gathers is shoegaze!” reckons vocalist/guitarist Miki Berenyi, formerly of Lush, a band that effortlessly bridged the two genres like no other. “It wasn’t intentional; we just wanted a different focus. I’ve always seen debut albums as capturing a band’s first moments, when you really have momentum, and then the second album is the chance for a more thoughtful approach.”

To recap; before Miki and KJ ‘Moose’ McKillop were a couple (and parents), they were pivotal figures on the London-centric 90s indie scene. Likewise, Elastica, whose drummer Justin Welch was part of Lush’s 2017 reunion, whilst Mick had played for both Moose and – on their last ever gig – Lush.

As Lush Mark II came to an end, Justin persuaded Miki (who’d abandoned music when Lush first split in 1997) to start another band, Piroshka, which in turn reignited Moose’s own long-dormant ambitions. Whilst Justin and Miki were the dominant influence on Brickbat, this time Moose and Mick were given greater control over the production, with invaluable assistance from Bella Union’s in-house engineer Iggy.

The way Love Drips And Gathers changes shape and dynamic is less a reprise of nineties Brit indie than a transformation into a more shivery, Euro-mantic version with glistening electronic filigrees. The opening ‘Hastings’ sets the tone. Luminous drops of guitar underpin Miki’s becalmed vocal before drums, bass and a Mellotron add pace while the decorative coda features their old pal Terry Edwards on flugelhorn.

Framed by Mellotron, cello and piano. ‘The Knife-Thrower’s Daughter’ emphatically proves Piroshka can be restrained without losing any essence of drama: the calm before the euphoria pure-pop storm of ‘Scratching At The Lid’. The words ‘ethereal’ and ‘shimmering’ were surely invented for the likes of ‘Loveable’, but the uncanny DNA of ‘V.O.’ is less categorisable – a Bond theme in the making with electro-gliding beats, perhaps? ‘Wanderlust’ and ‘Echoloco’ might be described as Francophile cousins of Lush before the haunting lullaby of ‘Familiar’ segues into the pulsing, rippling instrumental finale ‘We Told You’ – more eighties synth drama than nineties indie, with vocal samples played on what Moose calls, “the Miki-tron.”

Love Drips And Gathers – named after a line in a Dylan Thomas poem – was inspired by love, family, belonging, memory. Miki and Moose split the eight lyrics, with some poignant overlaps here too. Miki’s ‘Loveable’ looks to Moose; Moose’s ‘The Knife-Thrower’s Daughter’ looks to Miki, but also their daughter Stella and his sister Anna; an empathic, touching embrace of the women in his life.

Staying within the family, Moose eulogises his late mother (the idyllic childhood seaside trip of ‘Hastings 1973’) and father (the more conflicted ‘Scratching At The Lid’). On ‘V.O.’, Miki pays fond tribute to Vaughan Oliver, 4AD’s legendary in-house art director who died suddenly in December 2019, and who had a particularly close relationship with Lush during their time on the label (like Brickbat, Love Drips And Gathers’ beautiful and enigmatic artwork is by Vaughan’s former design partner Chris Bigg).

Love Drips And Gathers’ nine tracks will each have its own video (all to be made by Connor Kingsley), with a continuing thread that will eventually create one story. Piroshka’s own story is rooted in family – both those you’re born with, and those (friends) you choose. 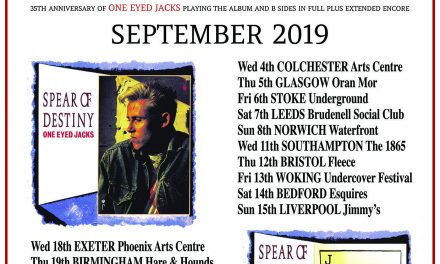