+ WATCH A BRAND NEW VIDEO FOR:

HENGE will be back in 2022.
Forced to postpone a few shows in the autumn, the original alien rave act are very pleased to announce rescheduled dates for the shows in Cardiff, Sheffield, Nottingham and Preston.
With tickets on-sale now, dates and details are as follows:

Picking up where their acclaimed debut ‘Attention Earth!’ left off, ExoKosm is once again an exploration into the sacred alien art form known as ‘Cosmic Dross’. Although there are currently no human words that adequately describe the art form, it features thundering drums, clothes-shredding bass, whacked-out synths and singing that lays bare the joy of life.

While ‘Attention Earth!’ saw the band deliver a message for Earthlings to lay down weapons of war in favour of space exploration, ExoKosm prepares humans for the voyage into the unknown.

“With ExoKosm we offer a message of hope for humankind, a soundtrack for the joyful exploration of space. Turn your gaze to the stars and you will experience the thrill of discovering new worlds beyond your solar system. In doing so you will also learn to cherish the sacred soil of Planet Earth.”

Among its seven tracks are singles “Get Outta Ma House” – a gibberish hip-hop banger – and “Exo”, which features a video made entirely from HENGE fan-art submitted by their dedicated ‘ravelings’. The drawings were swapped for an official HENGE comic as part of an innovative art exchange.
HENGE came to Earth six years ago to spread their message of peace, love and harmony through Cosmic Dross. Hailed with ‘reinventing space-rock for the 21st century’, the band’s unforgettable live shows blend science fiction, psychedelia and theatre. Converting thousands of fans at memorable performances across the UK and Europe, HENGE were also honoured with the accolade of ‘Best Live Act’ at the 2018 Independent Festival Awards. 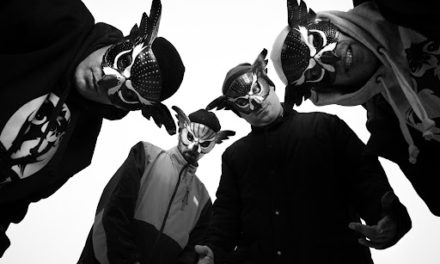 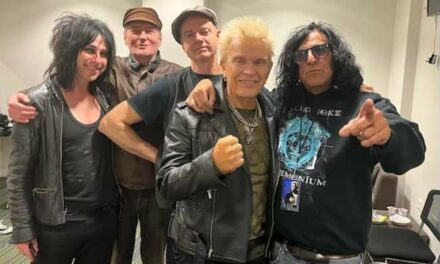