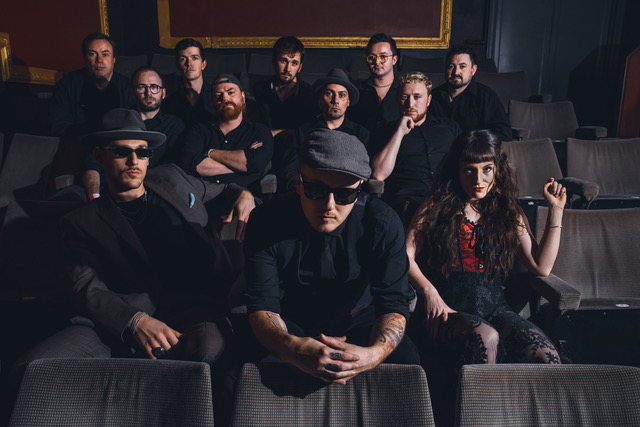 This Spring, sees the electronic collective DUTTY MOONSHINE BIG BAND bring their acclaimed ‘City of Sin’ album to life, as the group set themselves up for a 16 date tour across the UK.

Taking place between April and June 2022 – full dates and details for the extensive tour can be found below. Tickets are on sale now here.

A massive 12-piece collective with big brass and even bigger bass, Dutty Moonshine are a band that’ll have you dancing and screaming for more, with their take no prisoners attitude and infectious energy. Forming in 2015, the group have been destroying dancefloors since their inception with their unique take on bass music. In 2020 they secured themselves a Top 40 album with the release of their third studio album ‘City of Sin.’

Kickstarting with their debut studio album, ‘Most Wanted’ in 2017 (which saw the group do a hyper-charged remix of the classic, “Bang Bang (My Baby Shot Me Down)”, Dutty Moonshine didn’t hold back their hunger for protruding basslines, and outside-the-box remixes.

Later making a bigger name for themselves with their 2019 Glastobury slot, Dutty Moonshine Big Band have since stormed their way through the industry as an idiosyncratic electronic-rap collective now signed to Universal.

Releasing their latest album in 2020 ‘City of Sin’ (via the Rum Runners label), it offered a concoction of 11 gritty tunes coated in heavy bass wobbles, flying vocals and serious dub work; perfecting their sound through a variation of addictive tunes. Album standouts include introductory, “Big Band Fam (feat. HypeMan Stage)”, “Click Clack Boom”, and jazz infused, “Fever (feat. Crash Party).” Off kilter, boisterous and beautifully layered, ‘City of Sin’ sees no boundaries. Taking influence from snippets of each music scene, together the 12-piece band chop and chew their love for jazz, drill, electronica, jungle and more into one gigantic pot of honey.

Now two years later and a pandemic later, ‘City of Sin’ will finally be heard on stage by audiences nationwide. Taking on a huge UK tour with major shows across London, Cardiff, and Newcastle (to list a few). Plus, a sold-out show across Kingsbridge’s Pigs Nose Inn, and the newly added closing ceremony at the Trinity Centre in Bristol.

Fans at the shows can expect a 7 piece brass selection, a drummer who experiments with an acoustic and digital kit, a blues trained pianist, a DJ, two backing vocalists and last and not least: all fronted by band leader Dutty Moonshine himself.

A guaranteed entertaining performance for anyone watching, be prepared to dance and dance hard, the full list of Dutty Moonshine Big Band shows can be found as follows: 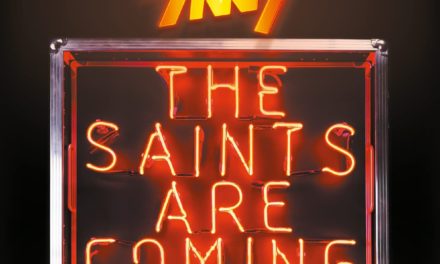