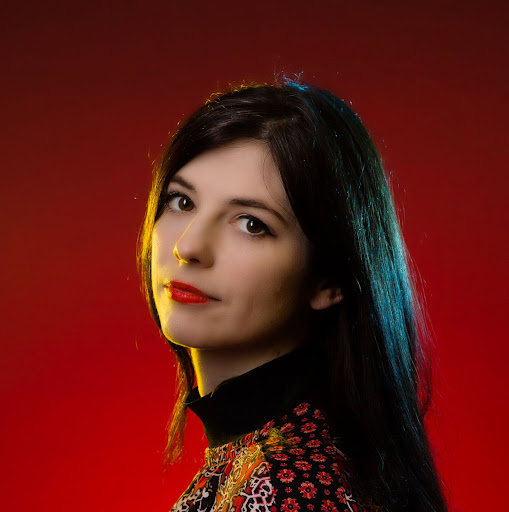 SHARES RESCHEDULED DATES AHEAD OF
‘YOU & ME, WE ARE THE SAME’ UK TOUR

+ WATCH BERNARD BUTLER & ROXANNE DE BASTION DISCUSS
‘YOU & ME, WE ARE THE SAME’ VIA YOUTUBE
+ STREAM ALBUM VIA SPOTIFY

“Roxanne de Bastion works with a rare degree of assurance. The songwriter has a potent and refined aesthetic, matching slight gothic tinges to some late 60s flourishes.” – Clash

“I’ve been listening with a great deal of interest to Roxanne de Bastion…Beautiful. There’s quite a few good things on this record.” – Iggy Pop (BBC 6 Music)

Roxanne de Bastion has postponed her UK-wide ‘You & Me, We Are The Same’ Tour due to ill-health. The tour, consisting of 10 dates including a hometown show at London’s The Lexington, will now take place in early June 2022.

Celebrating her critically acclaimed album ‘You & Me, We Are The Same’ released last year, Roxanne de Bastion will be joined by Zoe Konez and special guests.

Speaking of the decision to postpone the tour, Roxanne says:
“Due to ill health I’ve had to make the very difficult decision to move my upcoming tour dates. I am devastated to have to do this but luckily we were able to move the bulk of the shows to early June and if you have purchased tickets these will of course remain valid for the new date (please note some of the venues have changed due to availability). Unfortunately, we weren’t able to reschedule the shows in Leicester, Newcastle, Hull, Glasgow, Edinburgh and Exeter for June. If you have tickets for those shows, you will of course be able to get a refund at point of purchase. I will do my very best to make up for those shows later in the year. I’m resting up and cannot tell you how much I’m looking forward to seeing you all soon – I promise to make the shows worth the wait!”

The tour follows an exceptional year for the rising artist, which saw Roxanne de Bastion’s second album ‘You & Me, We Are The Same’ garner huge radio support from the likes of Iggy Pop, Steve Lamacq and Chris Hawkins (BBC 6 Music), Tom Robinson (BBC Introducing), Gary Crowley (BBC London) and the late Janice Long who interviewed de Bastion for BBC Wales. At press The Observer compared her album to the late Beatles, with the likes of Clash describing de Bastion as processing “A rare degree of assurance.”

In what felt like a befitting end to 2021, Roxanne de Bastion was invited in November to support Bernard Butler on his UK dates, preceded by her mini tour of legendary record stores across the UK, for intimate album showcases and vinyl signing for fans.

‘You & Me, We Are The Same’ is out now and available digitally + on vinyl via Nomad Songs (RoM).