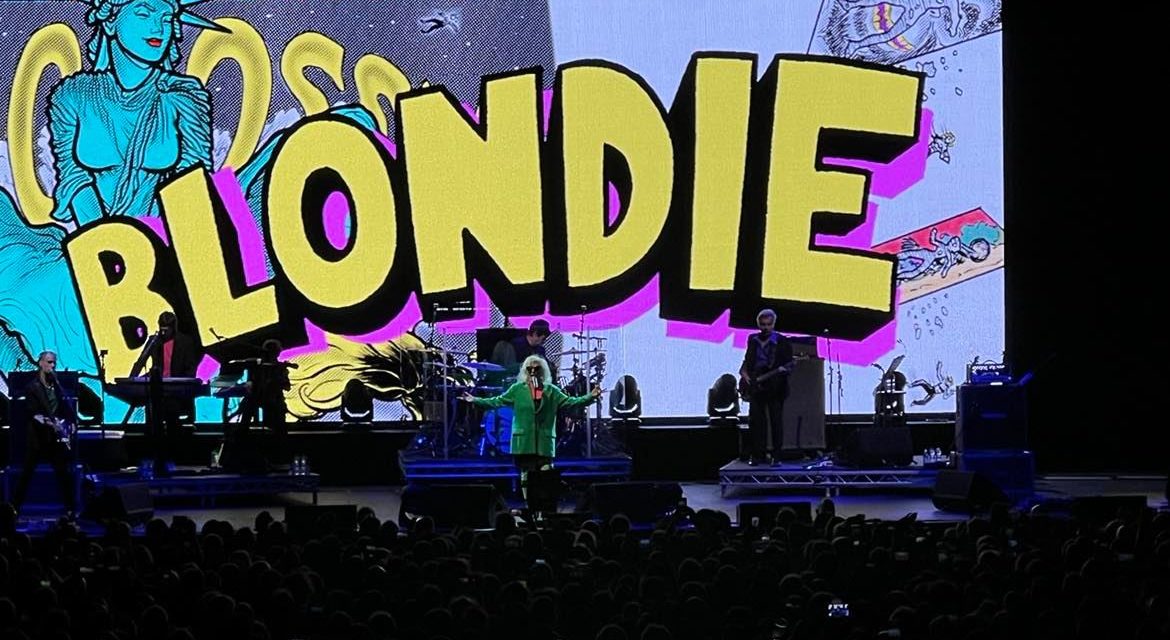 The gathered throng were about to be touched by the presence of a great cultural icon. Ladies and gentlemen, it is the ultimate pop star and poster girl – Miss Debbie Harry. Her act – Blondie are performing ten UK shows on their ‘Against All Odds’ tour and Cardiff Motorpoint Arena is tonight. After a period of pandemic this show offered hope that better days lay ahead and whatever normal ‘was’ it can hopefully once again pop its head above the parapet. Thank goodness, the world says!

Support artist Johnny Marr got the audience into a state of ecstasy with an excellent set and then it was the turn of a diva called Deborah. She was once again to link up with her long term percussion associate Clem Burke and a new six piece line up. Unfortunately, due to illness Chris Stein was absent and his role in the legacy of the band may go under the radar as Debbie consumes all – but, he is crucial to the tale – and, we wish him well with his health challenges.

However, a nice addition to the concert was the appearance of a punk legend on bass and this chap was man of the match with sublime skills that has had him play with an array of talent over the years. On a personal note I am fortunate to have seen him in action twice – previously with the Sex Pistols and as a solo acoustic entity. On this occasion he took some in attendance by surprise and a guy sitting close by asked me the question ‘Is that Glen Matlock?’ To which I satisfyingly replied ‘yes’.

A six piece combo fired out a collection of chart champions – and, many tunes were given the rock ‘n’ roll edge with a series of solos from the angles of guitar, organ and drums. The leading lady led then iced the proceedings with her charisma and delivery.

The commercial kudos of Deb and her disciples had the punters in seventh heaven and a sunny Sunday climaxed with an electric evening of pristine pop. There was no doubt that the pick of the product was the incredible ‘Heart of Glass’ coated with instrumental elements of the Donna Summer anthem ‘ I feel Love’ and a nod to the bassist with a fragment jam of ‘God Save the Queen’ – the rebellious 1977 call from his Pistols period.

Other anthems were taken on a range of journeys which sometimes nodded towards 80’s poodle perms and the two pivotal axemen of Tommy Kessler and Andree Blacksugar plus keyboard wizard Matt Katz-Bohen feasted on this freedom. The songs come thick and fast – and, when there are so many smashes the conclusion can only be that of ‘Rapture’.

Time waits for no one – and, the female at the front is soon to be 77 but it is to her credit that her music can still fill large arenas. ‘Dreaming’ is free and there were a number of dreams satisfied for a gathering that passed through the age spectrum. Still an ‘X-Offender’ the bible of Blondie involves six different decades. The humble mid 70’s beginnings at CBGB’s are a lifetime ago – but Burke is sporting a t-shirt honouring the long gone illustrious New York club that opened its doors to so many musicians who went on to inspire. Among that influential crew Blondie were but one whose fame spread from being local to becoming global. Their biography can include a number of personnel changes plus ups and downs aplenty, but the enhances the mystique. Nonetheless, this is a story of survival in a cut throat industry – and, at present ‘The Tide is High’. 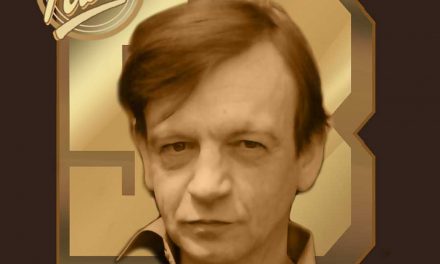 The files of The Fall