Weller in Wales and music memories by Rob Jones

Paul Weller is a solo success to add to his credits with The Jam and The Style Council. Weller and his guests play at Cardiff Castle on Thursday, July 24, 2014. Call 02920 230130 or go to: orchardentertainment.co.uk
In the late 70’s/early 80’s the Cardiff outlets of Sophia Gardens and The Top Rank were focal points of good music. The 2014 Weller gig sparks memories of the long, lost and large Sophia Gardens hall. Great acts played this venue & I was lucky enough to experience The Jam, Siouxsie & the Banshees, The Clash, The Stranglers, The Boomtown Rats and John Cooper Clarke in their youthful prime. Now a leafy car park area it is weird to think that such icons performed indoor gigs at Sophia Gardens. However, to have been part of a crowd that witnessed The Jam in December 1979 (and The Vapours of ‘Turning Japanese’ fame in support) is a vivid memory. The ticket form that gis is featured
When the nostalgia kicks thoughts flood back to concerts from XTC, PIL, The Skids, Echo & the Bunnymen and The Police at another sadly departed city outlet i.e. The Top Rank (Queen St.). The 1980 XTC gig has been cited as their last ever UK appearance and it holds special memories to have been present. The Top Rank was ideal for the burgeoning punk scene with its tightly packed upstairs and downstairs options offering vantage points-and each gig there was packed full of energy!
Other premises have come and gone in an ever changing Welsh capital but the various options at Cardiff University have continued to feed an aural appetite. From the 80’s forward The Psychedelic Furs, The Fall and appearances from a mixed bag of acts have ensued e.g. The Charlatans, Salad, Beta Band, Primal Scream, The Stranglers, GLC, The Nightingales, Super Furry Animals, Bugz in the Attic, Soul II Soul, etc!
Clwb Ifor Bach (Womanby Street) has also maintained the momentum and top shows from Pavement and the Slits spring to mind, as well as many alternative nights at this compact but colossal site. Clwb Ifor keeps on going and it is testament to the appeal of this base that as others have fallen by the wayside the quest to deliver a diverse mix of pop continues here.
There are (alive & dead/large & small) Cardiff music outlets aplenty to honour across the decades e.g. The Point, Coal Exchange, Bogiez, St. David’s Hall, MS1, Gassy Jack’s, Barfly, The Motorpoint Arena, Buffalo Bar, The Globe, The Moon Club, The Gate and onwards. Let’s hope that brave souls (both promoters and punters) maintain the fight for live music
Across South Wales there are many more bases that have meant musical magic for the minions e.g. The Factory (formerly The Pop Factory), TJ’s (Newport), The Naval (Tonypandy), Blackwood Miner’s Institute, & the list goes on! The Factory continues to offer a multi-faceted programme of aural adventure and it is good to see The Rhondda and the town of Porth providing a valid valleys venue!
As many acts still avoid a live slot Wales-bless those who grace our nation-& a musical tradition @ Cardiff Castle will prosper with Weller!

N.B. Musicians!…Please ensure that Wales is on your tour map! Do not halt @ Bristol…..keep going west because the Welsh pop public love live gigs! 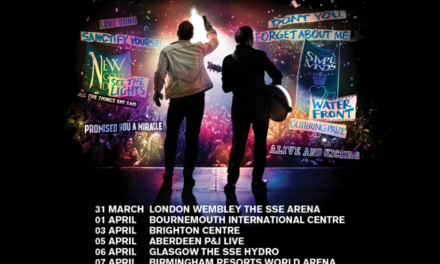