The Fall return with their usual unusual set of leftfield lustre. Sublingual Tablet kicks off in fine style with the garage gungo ho of Venice with the Girls before a sprawling Captain Beefheart v Fad Gadget vibe hits home on the boisterous Black Root. The album is then fed through a Kraturock kaleidoscope via Dedication not Medication and Pierce Brosnan gets a ticking off from Mark E .Smith about prescribing bed wet pills!
Smith is vehement with a vicious vitriol that attacks on a real and surreal front. First One Today is an up tempo tune that has The Fall getting in a more commercial zone with an ever present edge making sure that the song has its own special identity. Just remember that off kilter is a regular option for The Fall but Smith and his soldiers are quite capable of writing a potent pop song! Junger Cloth has an alluring back track that gets funky in its own way as Smith lectures in his own inimitable fashion before the straightforward punk power of Stout Man knocks the listener off his perch.

Next up is the album highlight via the blistering ten minutes plus of Auto Chip 2014-2016 and when it comes to constructing a soaring song of length that never comes off the rails nobody can touch The Fall. Reformation, 50 year old Man, Blindness and Backdrop are several career examples of the Fall perfecting regal rhythmic repetition and this new opus is up there with these classic compositions. The angst as regards the aural opposition is never more evident as Smith bellows ‘how bad are English musicians?’ The anger in M.E.S. cannot be undermined as he witnesses the less industrious, talentless and those who feast upon plagiarising climbing up the rock ladder as he views on from the peripheries.

Pledge comes next and its grunge like stamp offers a dip in quality before Snazzy scores with infectious hooks before heading off in to a more guitar led indie arena. We are then getting to the album close as the furious Fibre Book Troll has Smith at boiling point as he attacks social media and that feeds neatly in to Quit iPhone which is an assault on another contemporary obsession. The man from the Luddite Gang is passionate that a world of Cyber Insects and too much technology is ruling the roost!
Just get a record player and place Sublingual Tablet on the turntable and its away to go! The Fall leave peers of the late 70’s back in that decade when also bringing shame to the current crop of competitors! 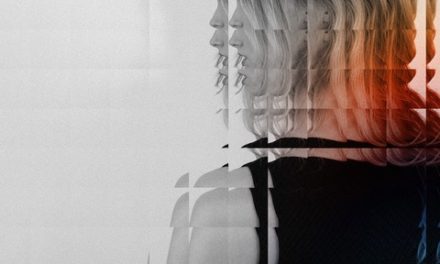