The Fall arrived at The Globe, Cardiff promoting their acclaimed Sublingual Tablet album which has just been released on the charismatic Cherry Red label. The audience is always on the edge prior to a show from The Fall as they wonder just how exactly band leader Mark E. Smith will conduct himself. His supporting musical cast take their place and whip up frenzy via the unwelcoming My door will Never-and, after a brief intro Smith takes centre spot with his unique approach. However, the imperative idiosyncrasies and vitriolic vocals will always be a magnet to his disciples -no matter what! In ecstasy or tragedy fans unite and across nearly 40 years the omnipresent Fall fuehrer and his belligerent behavior remain as the focal point of one of the most uncompromising and incomparable bands ever!

Initial signs would appear less than promising as M.E.S. looks the worse for wear-but that does not necessarily mean that the gig cannot succeed!
Smith thrives on placing obstacles in front of himself and his accomplices! There is a feeling that he is so ahead of the competition that even if a fall is taken the main man will still get over the finishing line well before other acts would have even left their starting blocks! Items of equipment are dragged where they cannot reach, scrappy pieces of paper are consulted, microphones are tossed on to active drum kits and instruments are man-handled when in use!

There are more surprises as the band is put on the spot to assist the vocals seemingly without any prior notice-and, amplifiers are tampered with as the wayward sonic professor conducts proceedings! A subversive stance is then iced with a thousand yard stare that does not seem to take in any eye line-but, this is what the punters love and all of the ad hoc nuances spark demented debate amongst The Fall faithful.

Peter Greenway (guitar), Keiron Melling (drums), Elena Poulou (keyboards), David Spurr (bass) and the freshest addition Daren Garratt (additional percussion) plough on professionally. The combo plays as if their lives depend on it (and that is probably the case as regards a stint in The Fall!). The alternative arsenal has enough power to roll over Roath, cascade through Cardiff and then wipe-out Wales! A towering inferno of tunes is unleashed led by fresher fare such as Dedication not Medication, Venice with the Girls, Quit iphone and the epic Auto Chip 2014-2016. Meanwhile, older favorites such as Wolf Kidult Man, Mister Rode, Theme from Sparta FC, Sir William Wray and an elongated ballad to buoyant Weather Report 2 are also monumental in their momentum.

Smith has put a longer term faith in his present paid personnel and they return that vote of confidence with sizeable interest creating a solid platform to allow for the anti-hero autonomy. Smith more than occasionally wanders out of view to bark his bile from passages either side of his group but the beat remains boisterous without a drop in standards. Anybody believing that elevating age is a barrier to rock ‘n’ roll rebellion needs a night out in the company of Mark E. Smith and his (younger) charges! A thunderous White Lightning closed the concert as Smith places a mike in to the hands of the front row to offer individuals 15 seconds of fame! An electric, entertaining and eccentric evening concluded on the crest of a tidal wave! Veteran fans savour the moment and the new breed has their initial taste of an iconic institution. It is a case of once seen never forgotten and it is not the first time that we can proclaim ‘God bless the mighty Fall!’ 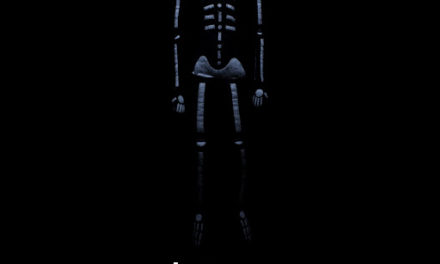 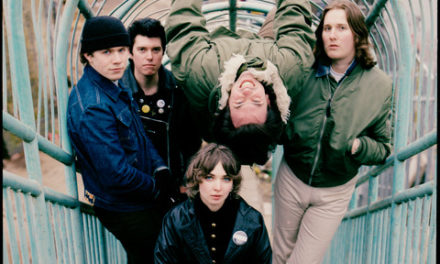