Squeeze me, please me!

Squeeze return with the expected sublime songwriting skills on their first album since 1998. The reunion of Glenn Tilbrook and Chris Difford enhances pop pastures; and, the dozen ditties present will lighten up the autumn days ahead. Cradle to the Grave

(on Virgin/EMI Records) reinvigorates the already renowned Squeeze ability to create tasty tunes with lively lyrics that glue themselves to your grey matter!

Squeeze can write a catchy chorus with the best and the summer feel of these contents takes their lead from both sides of the Atlantic in order to make a record with widespread appeal. Even after 14 albums and a history that stretches back to 1973 Squeeze maintain their standards; and, it is evident from these arrangements that the singles charts should be dominated with Squeeze songs.

The band wanders through an array of genres touching upon gospel, country, ballads, rockabilly, soul, new wave, psychedelia and so much more but melodies are aplenty and an overwhelming opulence makes these lads Top of the Form. To add to which one also imagines a whole host of other artists clambering over these songs in order to offer their own interpretations of the mellifluous material enclosed. The single Happy Days also does what its tile suggests and the pick of the bunch is the soaring and sumptuous Honeytrap quickly followed by the beautiful Everything. However, every track has its merits in this fruitful feast!

When it comes to trying to improve the wannabes of television talent torment the panel should include Glenn and Chris because these guys can actually write, play, perform and produce (and there exits the fraternity of the likes of Cowell and Walsh!).

NB Cradle to Glory is also the theme tune to the new BBC sitcom that was written by Danny Baker and stars Peter Kay. 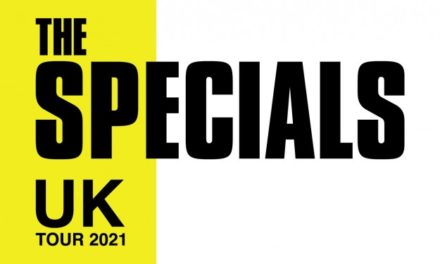 The Specials for Cardiff