‘CROSSING THE DIVIDE’ UK TOUR JUNE/JULY 2016
TO SUPPORT ACCLAIMED ALBUM ‘ACROSS THE DIVIDE’
Federal Charm are back on the road in June with their own ‘Crossing The Divide’ tour. 17 dates stretching out from June 10th ’til July 23rd. Headlining each show each night and playing a 90-minute set per night minimum, supporting the release of ‘Master Plan’ from the acclaimed new album ‘Across The Divide’.
In the spirit of brotherhood and good intentions, Federal Charm have stretched out a hand and offered a leg-up to local support acts where possible. Night-by-night young budding bands will open the show.
-BIOGRAPHY-
Lauded for the punchy attack of their debut, this feisty Manchester quartet continue their mission to take their genre of choice to the next level. What you get is no-holds barred, fiery, inventive rock’n’roll. Inevitably, Free and Led Zeppelin are still major touchstones – which is no bad thing at all but the focus is on stretching out and loosening up.
The dual guitar work of Nick Bowden and Paul Bowe is intricate and polished, with Bowden’s vocal way defying conventional range and Bowe’s showmanship enjoyably captivating. The two guitar prodigies are ably assisted by the rhythm section of bassist L.D Morawski and Danny Rig on drums.
2015 was a very fine year for Federal Charm, their second album ‘Across The Divide’ was released and met with critical acclaim both here and abroad, Classic Rock describe it as “No holds barred, fiery, inventive rock ’n’ roll” and Fireworks state “Across The Divide is huge – in sound and in talent. Nothing short of ear-candy”
UK shows with Black Star Riders, Joanne Shaw Taylor and UFO and slots on the main stage at the Minehead Giants of Rock, The Rock & Blues Festival in Skegness, and at Hard Rock Hell 9 in Pwllheli sealed a definitive year for the Manchester born ensemble.
2016 is shaping up in a similar manner with Giants Of Rock (again), a Planet Rock sponsored UK tour in March with Australian rockers Tracer, and the second release from ‘Across The Divide’ –  ‘Guess What’ – play-listed at Planet Rock for 6 week. ‘Master Plan’ will be released to coincide with the ‘Crossing The Divide’ tour with nationwide radio and media promotion in support.
-CROSSING THE DIVIDE UK TOUR DATES-
JUNE 10 NICE & SLEAZY – GLASGOW
JUNE 11 GULLIVER’S – MANCHESTER
JUNE 12 PICTUREDROME – HOLMFIRTH
JUNE 30 MAZE – NOTTINGHAM
JULY 01 LEOPARD – DONCASTER
JULY 02 LIVE ROOMS – CHESTER
JULY 07 LOUISIANA – BRISTOL
JULY 08 CLWB IFOR BACH – CARDIFF
JULY 09 CAVERN – EXETER
JULY 13 ADELPHI – HULL
JULY 14 SLADE ROOMS – WOLVERHAMPTON
JULY 15 RAILWAY – WINCHESTER
JULY 16 BREWOOD FESTIVAL
JULY 20 HEAD OF STEAM – NEWCASTLE
JULY 21 NAMBUCCA – LONDON
JULY 22 CRAUFORD – MILTON KEYNES
JULY 23 WATERFRONT – NORWICH
TICKETS : www.federalcharm.com/tickets
Federal Charm are full of twin-guitar twists and stop-start rhythms. Their original take and fresh direction on the classic rock curve has turned many. They draw from a deep well – from The Allman Brothers to Led Zeppelin, stopping off on the way to pay a call in at Free and Thin Lizzy, the revamp-blues of The Black Keys and the contemporary bluster of Rival Sons. But hey! Don’t just take our word for it…
“Swaggering riffs, sleazy slide flourishes and cinder raw vocals with
a confidence that is utterly winning” – Classic Rock
“You need big balls to do this stuff justice, and there are four XXL pairs here’”
– Blues & Soul
“Federal Charm are one of the most animated, loud, raucous bands on the UK circuit today. A great set” – Blues Matters
“Great riffs. Fantastic musicianship. Phenomenal vocals. Really good songs. Their big sound cannot be restrained’” – Amazon
“Federal Charm raid the Delta masters, apply Seventies chest hair and frog march the result into the 21st Century” – Classic Blues
Soundcloud hyperlink :
https://soundcloud.com/proktor-wire-sound-com/federal-charm-silhouette-192kb-mp3/s-FjhLe
YouTube hyperlink :
https://www.youtube.com/watch?v=xoXNQFZCNdk&feature=youtu.be
www.federalcharm.com
www.facebook.com/federalcharm
For further information contact :
phil@sonicpr.co.uk 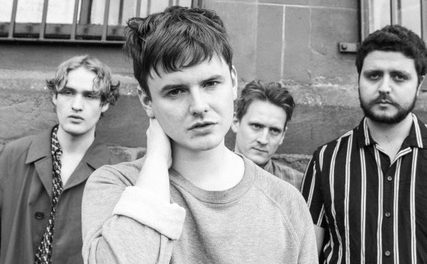 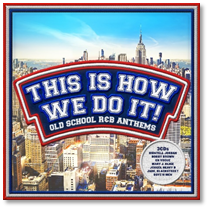