Ed Blaney: Featuring Mark E.Smith present Urban Nature. This collection is a mixed bag of tricks from a long term associate of The Fall-and, with Smith guesting on the vocal platform plus contributing to co-production duties the scent of Salford is evident. On the opening track there is an aim to target the terrain of the brothers Gallagher-and, Blaney achieves his goal with the rousing High on You. From here M.E.S. joins the performing party on several tracks —and, although he only has a small part to the fore on Poison Fishes it is crystal clear that this Von Sudenfed styling is the pick of the ten tracks.
The next offering has Mark in a central vocal role as The Fall sound is married to an Inspiral Carpets drive. The resultant Thinking of You marries early 90’s indie guile with 60’s psychedelic garage-and, it is a soaring success.

The Coat has us enter the arena where the attempts at a novel approach both work and don’t work, Smith and Blaney chat in the background about that stated item of clothing and then other chit chat flows before the former goes alone. The soundtrack is fair game but the stream of consciousness diatribe makes too much of an impression on the listener at the expense of the music. What remains is an Are you are missing Winner type extra that would be an ok b-side but could be bettered. A buoyant beat drives the tune along and a narrow victory can be claimed-but, it is the weakest link on an otherwise strong set.
Blaney then takes the mike with female backing assistance as Diamond heads on a Primal Scream does early 70’s Stones stomp-and, it is very good! This fiery fare is a mover and shaker that if there was justice in rock n roll this number would be riddled all over our radios.

M.E.S. returns with a typical Fall album closer and the lo-fi lustre that is Time for you to Go has one in mind of the likes of Latch Key Kid and countless other episodes from the Smith CV. The stinging singing of the main man morphs in to a gravel growl that demonstrates an angular aggression that is his forte.
Jenny Shuttleworth leads the beautiful folk-pop sway of Secrets and this is such a departure from the rest of the material that we realise that Blaney has not gone for a one trick pony. If anyone was to dare think that Blaney was buying in to The Fall and looking to cash in on this direction will be surprised as well as satisfiedbecuase there is so much more to his ambitions.

Rude all the Time has Ed leading the lustre via another tribal charge which will again appeal to the disciples of Bobby Gillespie-and, as somebody who has taken on a range of roles the position of primary force seems to sit easy with the star turn.
Mettle Claw Pt. 2 has Smith back in the hot seat as he specialises in a talking testament that reminds one of the more tranquil moments in the aural annuls of The Fall. However, as Smith can still offer menace in his seemingly more serene approach and at the juncture ‘the state of the nation’ is his cause for concern.
Winner closes a competent piece of peripheral punchy power pop as Blaney and Shuttleworth are up front contemplating the merits that the winner might not take it all-or words to that effect!!!

Blaney could have been lazy and just knocked out a batch of bombast that would have kept a core crowd happy but instead he has tried to reach out to a wider alternative audience. Let’s hope that he gets what this endeavour deserves! Please buy in to Urban Nature because it can tick so many boxes for the connoisseur of quality cutting edge music. 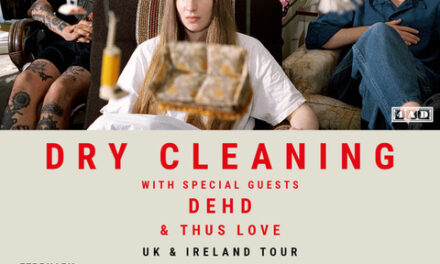