Millie Manders brought her band from the English capital to Ystrad Rhondda RFC and the local population were all the better for this trek. Millie and her troops were intent on clocking up a late afternoon set in the valleys before moving on to record another South Wales gig before the night was out. Fair play! This was not a take the money and run jamboree because what we had here in this renowned Gelligaled Road venue amounted to a set of substance.

Premier pop percentages had the masses vertical and throwing shapes galore on the floor. There was not a section of this hour plus session which did not amount to a dance crazy mentality and the crowd reacted with a level of enthusiasm that indicated that all was well in the world. A 4.30pm start had a bank holiday gathering out for a good time and this desired outcome was exactly what the punters got!

Millie and her ska-punk led posse have self penned tunes aplenty and the odd cover version adds to the appeal.

The likes of the infectious stomp of Bacchus lead the assault and it is such a shame that the likes of this radio friendly fare does not dent the charts because that is where this sing-a-long style deserves to reside. Millie leads the proceedings and there are elements of Poly Styrene, Pauline Black and Hazel O’ Connor and others in a delivery that never strays below 100%. If you are new to the Manders beat check her out online and also head to the likes of: Teddy (with overtones of The Ruts), Little Big Mouth ( touches of The Bodysnatchers), Obsession Transgression (a nod to The Selecter), Raw (adopting a more mainstream approach) and the list goes on (e.g. Demon, Hole in your Chest, Thoroughbread Potato Head as well as Mr Stupid).

The lively Londoner and her band could not have asked for a more intimate venue and a gathering of punters paraded their moves inches away from the act. Manders has a mixed musical heritage that also incorporates classical, big band jazz, acoustic and soul that allows her to dip in and out of scenes while also showing her respect to the likes of James Brown and Van Morrison. She has a big voice that fires out some astute and entertaining lyrics that also enhance the product. Millie Manders and her marching men may not get paid mega bucks but in return they offer a real value for money on stage package.

The main attraction on this Sunday was a tribute to Paul Weller and company via The Jam DRC; and, it was evident that the majority of the paying public were previously unaware of Millie Manders. However, by the end of the show this cockney rebel had scored heavily and as a result further extended her fan base. Cheers to Phil Evans for another credit as regards his promotion of live music in the area and also for owning the only record store in this locality. For anyone in Tonypandy on a Friday or Saturday (mornings are best) please go and check out the aural Aladdin’s Cave that is Second Time Around. 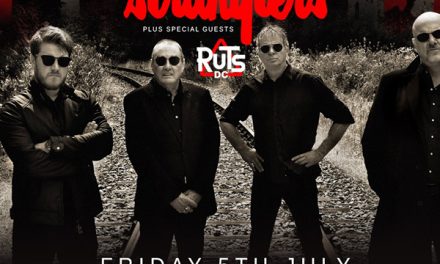 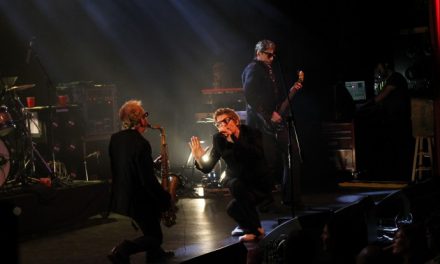