The dragon that does not drag on.

by
Rob Jones
I remember witnessing the collective of Little Dragon for the first time on the Later with Jools TV show and the sounds and styles delivered offered this band a degree of individuality that had me craving more. It is difficult to pinpoint the adventurous dance-pop ambience of this musical movement, and that situation leads to quality within the quantity of 10 tracks that make up the 2017 Season High album. Proceedings kick off as if Wendy & Lisa have been summoned to the orient and the sway of Prince leanings and a Paisley Park spell are certainly cast over the suave and sophisticated sound of the now taken back and forth to the 80’s.There is also a dose of Disclosure in the closure and that can lead to more of the leftfield leanings with the single Sweet being an example of this dexterity.
This album is the follow-up to 2014’s Grammy nominated Nabuma Rubberband and the standards are evident as the beats alternate from the patently commercial such as Celebrate and High to the almost prog like dalliances as witnessed in Butterflies as well as Gravity. The feel of the east returns intermittently as the beautiful tones of Yukimi Nagano (who has also liaised with Gorillaz) comes to the fore. However, this four piece outfit are from Sweden and album number five is one to cherish. The well produced set deserves respect from a large audience; and, avoid the aplomb at your own peril.

Little Dragon are a serious Dee-Lite for the new breed! Groove is in the art! 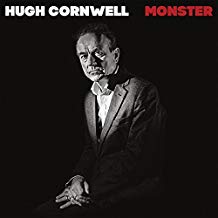