ANNOUNCED AS SOLE SUPPORT FOR ERASURE 2018 TOUR
‘CHOREOGRAPHY’ – THE NEW ALBUM – OUT NOW
NEW SINGLE – ‘LITTLE BIT’ – OUT 26 JAN 2018
BRIGHT LIGHT BRIGHT LIGHT’s album ‘Choreography’ has taken him on a whirlwind ride in the last year or so, and the journey gets even more exciting as Rod Thomas (aka BLBL) tours Europe, including the UK and Ireland, opening for his musical heroes ERASURE from January 29th.
Having previously remixed BLBL’s ‘Running Back To You’, Vince Clarke is a friend of Rod’s, and with Erasure being one of his biggest influences, plus Rod signing to Mute Song last year, both acts hitting the road together makes perfect sense, and will undoubtedly be a great tour to start 2018 in fine style. Speaking about the upcoming tour Rod Thomas says:
“My love of Erasure and how important I think they are both to the LGBT community and to music in general has been well documented. Being able to do a full tour opening for them is a TOTAL joy. The teenage me can’t believe what’s happening and the current me isn’t much calmer either really! Vince and Andy are legends and also happen to be two of the nicest people I’ve met, so all in all, this double bill is a dream.”
With a penchant for “drama” like Erasure, BLBL’s song ‘Little Bit’ from the acclaimed album captures his most euphoric and over the top loving side: a song about wanting to show someone the extent of your love orchestrated by pounding drums, gorgeous synths and saxophone. It’s accompanied by a club-friendly, deeper electronic mix by NYC’s John “J-C” Carr who gives effortless cool to the track. Listen here
Bright Bright Bright Bright is the alias of Welsh synth pop artist Rod Thomas. With numerous nu-disco flecked releases to his name including the critically acclaimed albums ‘Make Me Believe in Hope’, ‘Life Is Easy’ and most recently ‘Choreography’ Rod has seen success both sides of the pond, with the latter two records both cutting the UK Independent Albums chart top 20. Throughout his fascinating career, Bright Light Bright Light has collaborated with everyone from Scissor Sisters to Elton John to Alan Cumming; he’s performed on Graham Norton’s chat show; been nominated for the Welsh Music Prize; and last year even managed to make an appearance as an extra in one of his favourite TV shows: The League of Gentlemen.
An always intriguing and exuberant artist who continues to surprise, don’t miss Bright Light Bright Light as he supports Erasure on their UK & Ireland tour.
January
29-31 Dublin Olympia
February
2 – Dundee Caird Hall,
3 – Edinburgh Ulster Hall,
4 – Newcastle City Hall,
6 – Liverpool Philharmonic,
7 – Hull City Hall,
8 – Manchester Apollo,
10 – Cambridge Corn Exchange,
11 – Birmingham Academy,
12 – Nottingham Royal Concert Hall,
14 – Ipswich Regent,
15 – Southampton Guildhall,
16 – Cardiff St David’s Hall,
18 – Aylesbury Waterside Theatre,
19 – Brighton Dome,
20 – Guildford G Live,
22 – Norwich UEA,
23 / 24 – London Eventim Apollo
‘Little Bit’ Digital Single is released on January 26th
‘Choreography’ Album – Out Now ERASURE (Andy Bell and Vince Clarke) have announced a collaboration with Echo Collective, the Brussels based collective of post-classical musicians best known for their ongoing collaborative work with A Winged Victory for the Sullen, Johann Johannsson, Dustin O’Halloran and Stars of the Lid.
The collaboration sees the entirety of Erasure’s latest album, World Be Gone, given a post-classical rework. World Beyond was recorded over ten days by Andy Bell and seven performers from the Echo Collective: Margaret Hermant (violin, harp), Neil Leiter (viola), Thomas Engelen (cello), Jaroslaw Mroz (double bass), Gary De Cart (piano) and Antoine Dandoy (vibraphone, glockenspiel)
The album was produced by Echo Collective, mixed by Gareth Jones and arranged by the Echo Collective’s Gary De Cart, Margaret Hermant and Neil Leiter. Neil Leiter from the Echo Collective explains, “The process of this project was really deconstruction and re-purposing. We started by listening to each track layer by layer, and then, using the layers that inspired us or we found essential, we reconstructed the tracks instrumentally. Each of the instruments in the band setup were chosen for their inherent capacities and roles. Often choosing which layer to put with each instrument was a question of matching roles and colours. By stripping so much away, we were able to find a new space for Andy to fill. The text of the songs became much more important in the overall construction of the songs, and Andy was free to explore more dynamics and vocal range.”
The tracks featured on World Beyond show award-winning songwriters Vince Clarke and Andy Bell in a more reflective mood, giving the world and recent political upheavals a thoughtful examination. This new collaboration gives a new dimension to the tracks – including fan-favourites ‘Still It’s Not Over’, which tackles the LGBT rights movement post-Stonewall, and ‘Lousy Some Of Nothing’, a ballad for our post-truth age – but the band’s optimism about the future remains clear and bright. Andy Bell explains: “…the reinterpretations have brought such enormous context to the songs, it has created a new place for them.”
The original idea for the album developed from Vince Clarke, who initially suggested that a single from World Be Gone could be given an orchestral reinterpretation, but as the idea expanded and took shape, he spoke at length to the Echo Collective ahead of the recording. “It was great to talk through ideas with Echo Collective and then see how their arrangements took shape. The collaboration has given elements of the album a whole new feel and Andy’s vocals remain as powerful and uplifting as ever” says Clarke.
The collaboration is a natural progression from 1987’s The Two Ring Circus, a companion EP for the band’s second album, The Circus, which included several orchestral interpretations.
Watch a short film, introducing the players, filmed during the recording sessions at Jet Studio in Brussels: http://po.st/ErasureBeyond
Erasure embark on a headline tour through Europe in January 2018 with support from Bright Light, Bright Light, starting in Dublin and including two London dates at the Hammersmith Apollo before dates in North and South America later this year – full details below.
ERASURE HEADLINE TOUR – EUROPE
29 Jan – Dublin Olympia SOLD OUT
30 Jan – Dublin Olympia SOLD OUT
31 Jan – Dublin Olympia SOLD OUT
2 Feb – Dundee Caird Hall SOLD OUT
3 Feb – Edinburgh Usher Hall SOLD OUT
4 Feb – Newcastle City Hall SOLD OUT
6 Feb – Liverpool Philharmonic SOLD OUT
7 Feb – Hull City Hall SOLD OUT
8 Feb – Manchester O2 Apollo SOLD OUT
10 Feb – Cambridge Corn Exchange SOLD OUT
11 Feb – Birmingham O2 Academy SOLD OUT
12 Feb – Nottingham Royal Concert Hall SOLD OUT
14 Feb – Ipswich Regent SOLD OUT
15 Feb – Southampton O2 Guildhall SOLD OUT
16 Feb – Cardiff St David’s Hall SOLD OUT
18 Feb – Aylesbury Friars Waterside Theatre SOLD OUT
19 Feb – Brighton Dome SOLD OUT
20 Feb – Guildford G Live SOLD OUT
22 Feb – Norwich UEA SOLD OUT
23 Feb – London Eventim Apollo – SOLD OUT
24 Feb – London Eventim Apollo – SOLD OUT
27 Feb – Cologne E-Werk SOLD OUT
28 Feb – Hamburg Mehr Theater SOLD OUT
1 March – Berlin Columbiahalle SOLD OUT
3 March – Leipzig Haus Auensee SOLD OUT
4 March – Munich Tonhalle SOLD OUT
5 March – Frankfurt Batschkapp SOLD OUT
7 March – Hanover Capitol SOLD OUT
9 March – Copenhagen Royal Arena

Ticket details at http://po.st/ErasureLive
Recent praise for Erasure:
“Arguably one of their best pieces of work” Louder Than War
“A triumph of achingly beautiful pop protest music.” – MOJO
Erasure, who recently accepted the Icon Award at Attitude’s 2017 award ceremony, have released a staggering number of albums, including 5 UK Number 1s, and 35 UK Top 40 singles. World Be Gone went to Number 6 in the UK Official Albums Chart, giving the enduring BRIT and Ivor Novello winning pop duo their highest album chart position since 1994’s I Say I Say I Say.
Echo Collective will release their reinterpretation of Radiohead’s Amnesiac on 7K! (!K7) in March and will perform the album at select festivals in 2018. For further information, go to – https://www.echocollective.be/
Pre-order: http://po.st/ErasureStore / http://po.st/ErasureLexer
YouTube: https://youtu.be/DRT7mG8YsCw
www.erasureinfo.com
www.mute.com 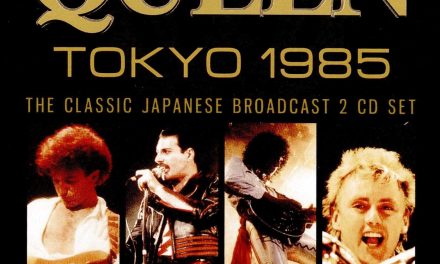