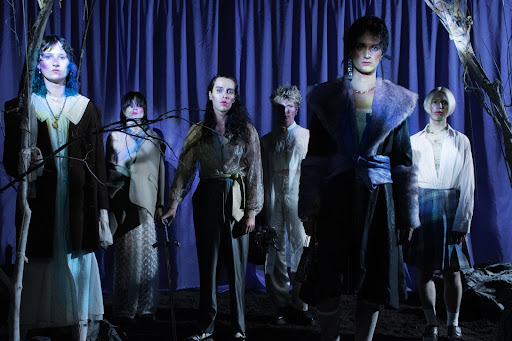 + RELEASE BRAND NEW SINGLE ‘HOW COOL ARE YOU?’
WATCH THE VIDEO NOW

“’2k21 pop rebellion.” Clash Magazine
“There hasn’t been a queer band like them in some time, which is precisely why they are destined for big things.” Gay Times
“cementing their place as one of our most striking new bands” DORK
“The Scottish band redefining Pop” LOVE Magazine

The news arrives as the band prepare for an extensive UK tour throughout March & April – full dates below.

UNLEARNING, the band’s breath-taking debut is steeped in metamorphoses, a stage show in two acts. It covers flings and romances, identities and bodies and change, profound familial love, and – of course – Hollywood glamour. The album plays out like a musical, with an emotional arc and even an instrumental interlude, winkingly titled ‘The Costume Change’. Pre-order/pre-save here.

Brand-new single ‘HOW COOL ARE YOU?’, also released today, shines with ease; a stomping live anthem and fan favourite after the band’s run of sold-out UK dates last autumn – the track prances and parades its way through three minutes of glaring pop pomposity. For the video, the band joined up once again with Eric J Liddle and Kasparas Vidunas of Humble Film Productions. The band shares, “This time we wanted to slip into our skates and paint the rink all the colours of the rainbow, flying in the face of the pouting ‘cool crew’ and showing that coolness shouldn’t come at the cost of having fun and accepting yourself!”

The new track is the fourth to be taken from the upcoming debut album, following the thundering and highly emotive singles Macilent, ‘Weightless’ and ‘Selfish Lover’ released in 2021.

Stream “How Cool Are You” here: https://ffm.to/howcoolareyou

“How Cool Are You” video still

While the themes of the album are universally relatable, Walt Disco’s gift is in the unique experience of discovery and heartbreak between queer people – something that frontperson James explores in depth on songs such as ‘Weightless’, ‘Be An Actor’ and ‘Hold Yourself As High As Her’.

In Walt Disco’s eyes, it’s never too late to become what you might have been and there are plenty of possibilities to explore on Unlearning.

Following a flurry of hyped gigs across the UK this year the band have also just announced their biggest UK and European tour to date for next spring, including London’s Scala, Paradiso in Amsterdam and ending at Point Ephemere in Paris – tickets are on sale now.

A band all about inclusivity and creativity, in the run up to the tour Walt Disco will be embracing the individual music and fashion scenes of each UK city they are due to perform at. Offering aspiring local artists the unique chance to support the band at each of the shows, Walt Disco will also be reaching-out to the next generation of fashion designers with the opportunity to style the band in their latest creations. For more details on how you can apply, head to the band’s socials or tune in here.

Debut album ‘Unlearning’ follows 2020’s self-released Young Hard & Handsome EP, which further highlighted Walt Disco as a band that can defy convention to create a youthful, contemporary and queer world of their own making. The upcoming dates come after riotous appearances last year at TRNSMT Festival and Dot To Dot as well as shows supporting Duran Duran and an incredible UK headline tour which showed off the band as one of the most exciting new acts in the UK right now. 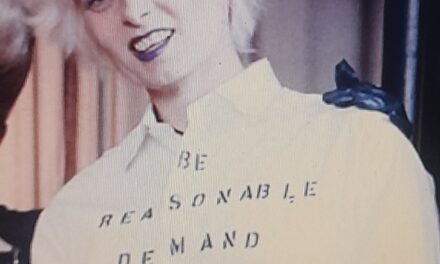 The dragon that does not drag on.