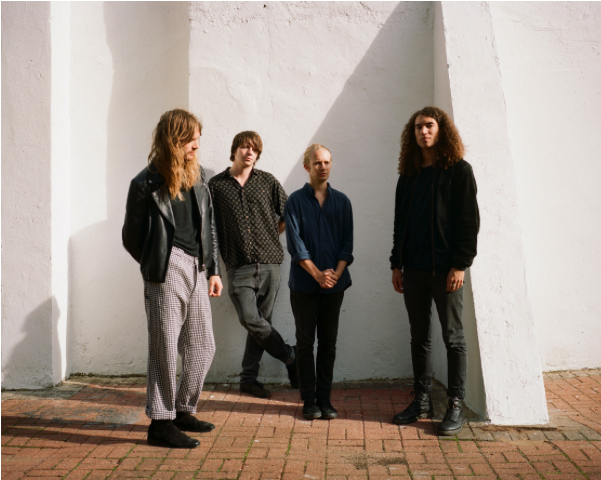 “The one band everyone is raving about.” – Huw Stephens (BBC Radio 1)
‘Absolutely love’ – Annie Mac (BBC Radio 1)
“Impeccable indie newcomers” – Clash
‘One of the most exciting bands at the moment’ – Wonderland
“Delicious” – Metro

Ahead of their UK and European tour dates, we are excited to announce the release of ‘Feels Like Air’, the debut album from ISLAND, out 6th April Via French Kiss. The band will also play a very special headline show at London’s iconic KOKO on 23rd May.
Inspired by the band’s extensive time on the road, ‘Feels Like Air’ follows recent hit singles ’Try’, ‘The Day I Die’, and ‘Ride’, which have reached an incredible combined total of over 1.6 million Spotify streams.

Following two acclaimed EPs and a busy 12 months establishing themselves as ones-to-catch on live circuits across the UK and Europe, the band have built a reputation as one of 2018’s most important break out acts.

In keeping to their DIY approach to making music, ‘Feels Like Air’ was written and produced entirely by the band and includes all new music. Drawing on influences from their shared love of artists like Fleetwood Mac, Kings of Leon, War On Drugs and Grizzly Bear, their debut offering, with its hook-filled anthemic choruses and inventive drumming, is a body of work two years in the making. This is a band that has spent time carefully honing their craft, so as to capture the sound and energy of their live performances.

The album opens with the band’s most recent single, ‘Ride’. Led by emotive, 80s-influenced guitar riffs and the impassioned vocal stylings of enigmatic frontman Rollo Doherty, the track epitomises the nostalgic, yet refreshing sound that fans of the band have grown to love.

The eleven-track album progresses through a range of emotions, experimenting with the downtempo and cinematic on tracks such as, ‘We Can Go Anywhere’ and title track ‘Feels Like Air’, while ‘Horizon’ and ‘God Forgive’, with their dreamy vocals and infectious drum beats owe as much to early 90s-era shoe gaze as they do to the lo-fi, minimal sound preferred by producers such as Jamie XX and Kaytranada.
Previous single ‘The Day I Die’, add yets another layer to this impressive body of work, slowing down the tempo, but still retaining their signature, venue-filler sound. The self-assured, bluesy number touches once more on the anthemic and speaks about finding the power to escape the mundane.

After two EPs and hundreds of live dates, ‘Feels Like Air’ is ISLAND at their most impressive and accomplished – the confident sound of a young band in their stride, upping the game and creating something sonically and qualitatively different.