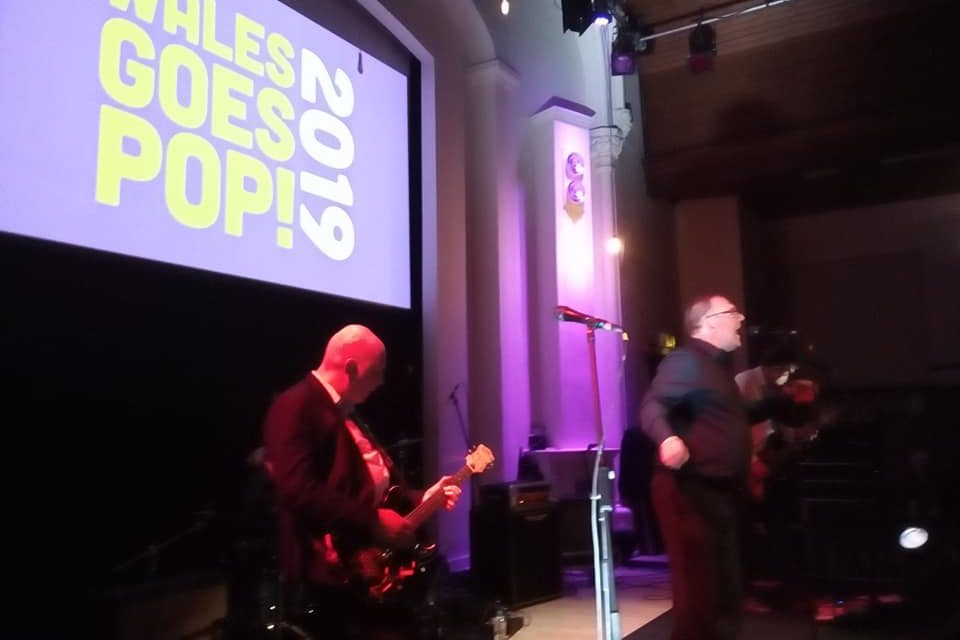 The wonderful setting of an old church had loyal disciples come out to worship their sonic deities. The Gate in Roath is a truly wonderful setting and the main theatre still has original seating from its former religious identity. The Wales Goes Pop Festival 2019 offered four days of diverse alt. music with many new acts featuring and a headline Saturday slot was led by the more established names of Vic Godard and his 70’s activated Subway Sect followed by Rob Lloyd and his mighty Nightingales.

Subway Sect appeared on many illuminating bills back in the day sharing stages with the likes of the Sex Pistols, Siouxsie & the Banshees and The Clash. However, never as speed induced as the punk glitterati Subway Sect are a cult treasure with Vic and his songwriting repertoire proving that tunes could have an edge while not having to be 101mph! Their 2019 set shows that there are a lot of gems in the vaults while things are also moving forward. It is also interesting to note that a lot of bands that followed have taken in the Goddard mantra to construct erudite post-punk slanted style but the source has to be explored. There has to be a massive thumbs up as this aural angle is all for the music and not for the mega-bucks. Some 40 years after a rollercoaster journey started including some extreme swings in the approach, it is onward and upwards. In the context of the here and now you need to get the Sect checked!

Rob Lloyd and his troops set up their stall for another high energy night of everything and the kitchen sink rock ‘n’ roll glory. An outsiders stance has worked in various incarnations since 1979 and, although there have been years of non-operation, it has been all go as a 2004 reunion has moved proceedings on to a new dimension. The sounds mix up the feels of krautrock, Captain Beefheart, Link Wray, The Fall and lot’s more plus plus true unparalleled variety is iced to a unique Lloyd lyrical loaded lustre!

Since their more post millennium revival The Nightingales have played successful principality shows at the likes of The Factory, Porth, Cardiff University and Welsh capital outlets such as The Moon Club plus the sadly lost Buffalo Bar – and, every gig is the ultimate value for money experience. What of The Gate? Well it is the same pattern – as non-stop ecstatic furore ensues!

The fiery four that make up the current line up do not rest on any previous achievements, for this is not a nostalgia trip!
A punk confrontation and post-punk discordance are joined by rockabilly rhythms, palatable pop, and other ingredients. Lloyd even enters the arena of the punter and at one time he mingles with the crowd in order to bellow out a cry akin to Tarzan falling from a vine! The songs interweave, head off in to new pastures and the element of surprise combines with the off kilter behaviour of an incomparable vocalist.

The Nightingales playing is tighter than a duck’s rear and the players do not hold back in their delivery! There are no gaps in between numbers in an hour plus long set and the sheer energy afforded could power the national grid. The material on offer led to appearances for: Ace, Wrong Head, Posh, Dunce, Pantaloon, People Person, Animal, Chaff, Lst Minute, Zero, Enemy, Daddy, Drown, Lucky Dip, Dave, Bake, Divorce, Blog, World & Wife and It Is.

Lloyd led from the front and Fliss Kitson led from the back with her whirlwind drumming technique and vocal assist. Andreas Schmidt helped keep the rhythm reeling with his bass bombast and James Smith provided a scything drive with his guitar grooves.
The night could have gone on as the punters wanted more but unfortunately it was time ladies & gentlemen. However, Rob and Fliss were outside after the show and offered a welcoming presence for fans who wanted a chat. Once again, The Nightingales prove that they are a band of the people for the people – and, their relentless touring schedule continues! Come back soon as we want The Gales in Wales as often as is possible!