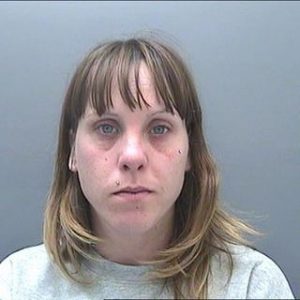 Natasha Jex (née Smith), 32, has today been sentenced to eight years in prison after pleading guilty to manslaughter following the death of Neal Jex in the Penywaun area of Aberdare in December last year.

Detective Inspector David Butt, of the South Wales Police Major Crime Investigations Team, said: “As always, our thoughts are with the family and friends of Neal Jex and I would like to thank Neal’s family for their support to the investigation team.

“This was an extremely tragic incident and the circumstances brought great sadness and shock to the local community. I would like to thank those members of the community that assisted us through the investigation.

“The lives of so many people have been turned upside down, not least a 14-year-old child who has lost his stepfather and now his mother into custody, and Neal’s daughter and grandchild.

“South Wales Police encourages the reporting of all forms of domestic abuse and we work very closely with partner agencies and charities to support victims and improve their lives.”

South Wales are runners up in tennis County Cup.