Released on 20th July on UMOD
Order Here
Rolling Stones / Cream / The Who / Free / Lynyrd Skynrd / Steppenwolf / T. Rex / Canned Heat / Steve Miller Band
60 CLASSIC ROCK SONGS FOR THE OPEN HIGHWAY
STEPPENWOLF’S DEFINITIVE ROAD TRIP ANTHEM ‘BORN TO BE WILD’ 50TH ANNIVERSARY
A summer road trip has to start with the music. And nothing can beat a selection of classic rock tunes when it comes to hitting the road.
‘Classic Road Trip’ is a 3CD / 60 track journey designed to Get your motor runnin’… and Head out on the highway… as the famous song goes…
Steppenwolf’s ‘Born To Be Wild’ – from which that lyric is of course taken – is 50 years old this year; and is surely the ultimate driving rock track. In April 2018, the song was inducted to the Rock & Roll Hall of Fame , in a brand new category devoted to songs that changed the course of rock music.
The song’s appearance in cult movie Easy Rider (1969) made it synonymous with free-spirited America and the open road and it remains one of the all-time great rock tunes.
Mars Bonfire, who wrote the track, recently said . ‘I liked the feeling of being in a car and out on the open road… and the opening line “Get your motor runnin’ / Head out on the highway” came to me from that driving experience.’
That’s the story of just one of the songs on this collection. Alongside ‘Born to be Wild’ are a plethora of mind-bendingly good tracks, many of which are from British artists.
The Rolling Stones ‘Start Me Up’ (1981). Originally written in early 1978 this mega riff started out as reggae tune, which the band became frustrated with and shelved. Three years later, Stones engineer Chris Kimsey discovered the song again, got the band to re-work it as a rock track and the rest is history…
The Who ‘Who Are You’ (1978): six minutes nineteen seconds of bombastic rock bliss, this is The Who at their best – and the last album performance from Keith Moon, who died on 7th Sept 1978. The album came out just one month earlier.
Free ‘Alright Now’ (1970): written by singer Paul Rodgers and Andy Fraser (bass, piano), the song was inspired by a live show in front of a handful of unimpressed students at Durham University. Recalling the moment years later, Andy Fraser said “We were playing in a college to an audience of about 30 people out of their heads on Mandrax…they didn’t notice when we came on or when we went off. Afterwards there was that horrible silence in the dressing room. To break the intensity, I started singing ‘All right now, come on baby all right now.”
In possibly the best example of achieving triumph through adversity, the song became a #1 hit in over 20 countries and is one of the best-known rock riffs of all time!
The list goes on. Whether it’s the classic rock sound of Lynyrd Skynrd ‘Free Bird’, the bluesy rumble of Canned Heat ‘On the Road Again’, the cosmic groove of The Steve Miller Band ‘Fly Like An Eagle’ or the glam Brit-rock of T. Rex ‘Get It On’, this is a collection that truly justifies its name…
Take a look at the full track list below and get that road trip underway. 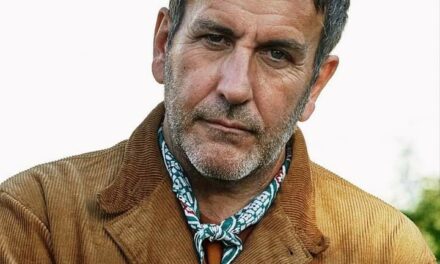