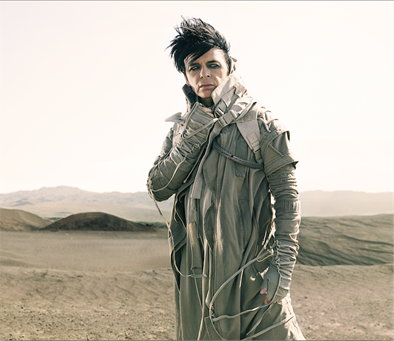 & THE SKAPARIS ORCHESTRA
ANNOUNCE UK TOUR FOR NOVEMBER 2018 INCLUDING A DATE AT THE ROYAL ALBERT HALL, LONDON
ALBUM ‘SAVAGE: SONGS FROM A BROKEN WORLD’
OUT NOW ON BMG
Gary Numan has announced a string of UK dates for November 2018 with The Skaparis Orchestra, including a date at the Royal Albert Hall, London.
Gary Numan has finished Part 2 of his UK Tour to promote his current album ‘Savage: Songs From A Broken World’. The album was released in September last year through BMG and earned the best reviews of Gary’s career. He entered the UK charts at No.2, a fantastic achievement for the iconic and highly influential artist. The British electro pioneer was also awarded the Inspiration Award for songwriting and composition at the Ivor Novellos last year and has been receiving outstanding live reviews proving that he is on fine form. Now, the tour will take a surprisingly elegant turn when Gary Numan and his band are joined by The Skaparis Orchestra for 6 exclusive shows. With orchestral concerts taking place in Cardiff, Birmingham, Newcastle, Manchester, London and Glasgow, the shows will feature songs drawn not only from his highly successful ‘Savage’ album, but also key songs from his vast back catalogue. .
Gary Numan’s music has always had a filmic quality but with The Skaparis Orchestra joining his regular band, that mix of hard electronic and soaring cinematic atmosphere will finally come fully to life. Gary will also be showcasing the most extravagant light show he’s taken on the road for over three decades, designed specifically for these special orchestral performances.
‘Savage: Songs From A Broken World’ is an album with a narrative that’s set in an apocalyptic, post-global warming Earth in the not-too-distant future. There is no technology left and most of the planet has turned to a desolate desert wasteland. Food is scarce, water even more so and human kindness and decency are just a dim and distant memory. Western and Eastern cultures have merged, more because of the need to simply survive than any feelings of greater tolerance or understanding. It’s a harsh, savage environment, as are the survivors who still roam across it.
While Numan was writing the record, Donald Trump was elected President of the United States. It made sense to make him and his climate decisions the catalyst for the apocalypse theme of the album.
“The songs are about the things that people do in such a harsh and terrifying environment,” explains Numan. “It’s about a desperate need to survive and they do awful things in order to do so, and some are haunted by what they’ve done. That desire to be forgiven, along with some discovered remnants of an old religious book, ultimately encourages religion to resurface, and it really goes downhill from there.”
The album was produced by long-term collaborator Ade Fenton, with recording sessions split between Numan’s own studio in LA, and in the UK. Numan and Fenton’s creative connection goes back to 2006’s‘Jagged’. “Ade is not only extremely creative but ridiculously hard working, even in difficult circumstances,” says Numan. “It’s easy to discuss alternative ideas with him, he’s not precious about things and is always looking to make the music better, even if that means, on very rare occasions, undoing his own work and starting again.”
As the project took shape, Numan also set up a Pledge Music campaign to create an experience for fans that would let them see how an album was put together, from the first note to the finished shrink wrapped package. It was a strategy that brought Numan closer to his fans, and allowed him to communicate the blood, sweat and tears that goes into making a record. The campaign grew so successful that Numanconsequently secured a record deal with BMG.
‘Savage: Songs From A Broken World’ is out now on CD, deluxe CD, double vinyl, cassette, digital and MFiT formats.
The tracklisting for the standard CD edition of ‘Savage: Songs From A Broken World’ is:
1.            ‘Ghost Nation’
2.            ‘Bed Of Thorns’
3.            ‘My Name Is Ruin’
4.            ‘The End Of Things’
5.            ‘And It All Began With You’
6.            ‘When The World Comes Apart’
7.            ‘Mercy’
8.            ‘What God Intended’
9.            ‘Pray For The Pain You Serve’
10.          ‘Broken’
The vinyl format adds ‘If I Said’ (track 9) and ‘Cold’ (track 12) while ‘If I Said’ also features on the deluxe CD (track 10).
Gary Numan will embark upon a short run of UK dates in November with The Skaparis Orchestra;
UK TOUR DATES NOVEMBER 2018
MONDAY 12TH – CARDIFF, ST DAVID’S HALL
TUESDAY 13TH – BIRMINGHAM, SYMPHONY HALL
THURSDAY 15TH – NEWCASTLE, CITY HALL
SATURDAY 17TH – MANCHESTER, BRIDGEWATER HALL
MONDAY 19TH – LONDON, ROYAL ALBERT HALL
TUESDAY 20TH – GLASGOW, ROYAL CONCERT HALL
WWW.GIGSANDTOURS.COM , WWW.TICKETMASTER.CO.UK   WWW.GARYNUMAN.COM 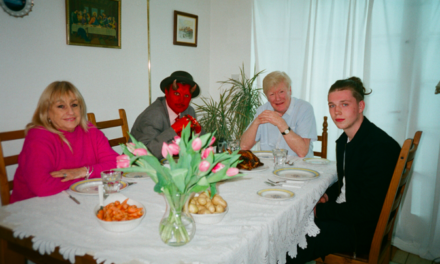 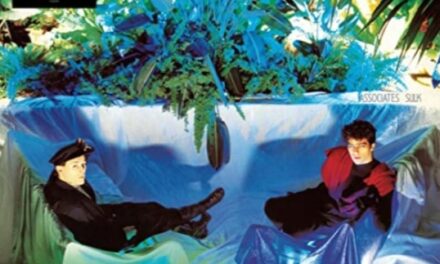 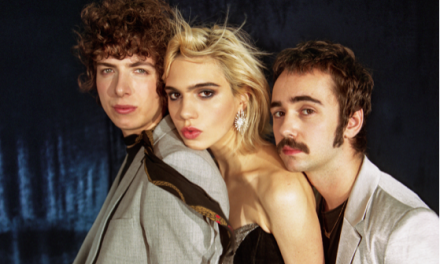