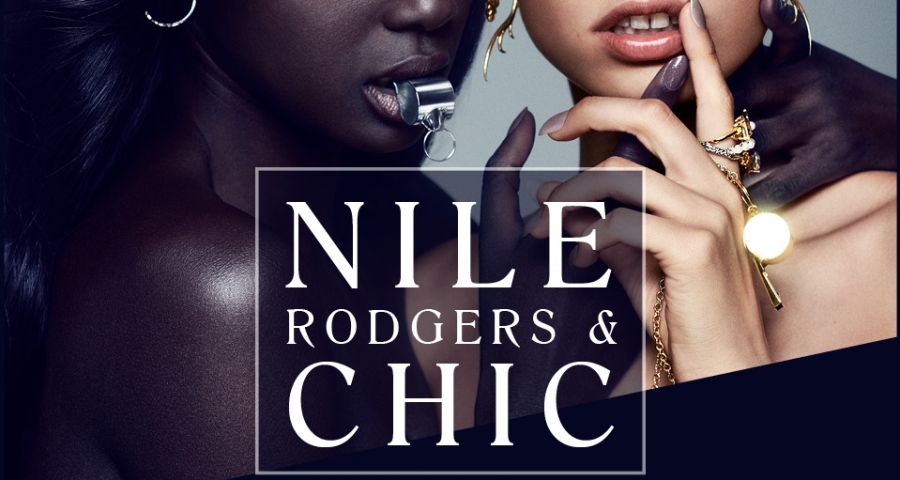 by
Rob Jones
I was born in the 60’s and first became aware of pop tunes in the early 70’s when Slade and a host of other glam acts came to me via BBC Radio 1 and Top of the Pops. As the decade progressed my tastes became heavier and the likes of Deep Purple and Led Zeppelin filled my head space. However, punk arrived and that was my bag but at the same time an obsession with buoyant beats and a bass bombast also filled me with joy. Yes, folks! Disco excited me and at the top end of that market was the delight activated by the dynamic duo of Nile Rodgers and Bernard Edwards. This was not a throwaway sound tagged to a meaningless movement because it was Chic. Chart hits aplenty packed the airwaves and sparked a desire to dance – and, forty years on nobody has peaked the powers of Chic. My love affair with this momentous music has also remained and this situation will always continue – Good Times indeed!
Sadly, Bernard passed away in 1996 but thanks goodness Nile is in fine fettle and his current incarnation of Chic is back as a studio force as well as a stage phenomenon. Mr. Rodgers is also a highly successful and much sought after collaborator, producer, arranger and writer (just to name several of his many skills). Along the way this iconic musician has liaised with a cast of characters that further displays his pedigree. David Bowie, Diana Ross, Sister Sledge, Duran Duran, Bryan Ferry, Madonna, INXS and many more luminaries have worked with the great man.
The anthems of Chic unite with other Rodgers compositions (constructed for some of the above glitterati) in order to create a live show of immense enlightenment. 2018 dates take in the Motorpoint Arena, Cardiff on December 18, 7pm. There are a variety of ticket options and VIP packages. To assess the choices head to: https://www.livenation.co.uk/show/1203874/nile-rodgers-and-chic/cardiff/2018-12-18/en