SHRED KELLY will be releasing their most ambitious project yet in their fourth album, Archipelago, on October 19th 2018 via DevilDuck Records, followed immediately by a UK tour stopping off in cities including London, Manchester and Glasgow. Watch the video (https://sonicpr.us2.list-manage.com/track/click?u=22b8cece1ceb580aeae1d78f3&id=6a65a39616&e=a54b6865b5) for the band’s lead single, and album title-track. See below for full dates and info.

The new record was produced by Howard Redekopp (The New Pornographers, Tegan and Sara), and Josh Rob Gwilliam (Cowpuncher, Michael Bernard Fitzgerald), as well as co-production by Colin Stewart (Yukon Blonde, Dan Mangan) on the track, Don’t Ever Look Back.

German label, DevilDuck Records (established in 2004), is now going international, opening offices in Canada and the USA, with Shred Kelly as their first worldwide signing. “We are very proud to release Shred Kelly’s 4^th album, Archipelago, worldwide and that this great band is putting a lot faith in us being the first band on our new worldwide approach,” comments DevilDuck owner, Jörg Tresp. The label has already released a number of Canadian artists and bands, such as The Dead South, Rah Rah, The Provincial Archive, and Two Bears North.

The collaborative songwriting of Tim Newton, Sage McBride, Jordan Vlasschaert and Ty West pulled inspiration through individual experiences and musical influences. The result is a dynamic and cohesive collection of dreamy, yet explosively exciting songs dipped in themes of relationships and the world in the modern age. Using traditional instrumentation at the base of the songwriting, the album explodes into a symphony of sounds incorporating banjos, ukuleles, synthesizers, guitar hooks, harmonies and pulsing beats.

Having so many artistic ideas and influences to draw from allowed Shred Kelly to continue developing their unique sound while compiling a large body of work. The group chose from over twenty songs and decided on eleven for the final pressing of the album. “We’ll never put a song on the album that we don’t all agree on. With all of us gravitating towards different styles of music, it’s difficult at times to all agree on what we like most. So if we all love it, it’s a definite yes for the album.” Says McBride. “We worked hard to create an album that captured the energy of our live show, which can be a challenge in the studio. Thankfully, our producers Howard Redekopp, Josh Rob Gwilliam and Colin Stewart really succeeded at getting dynamic performances, and challenged us while keeping the process a lot of fun. We are very proud and excited to put it out into the world.” 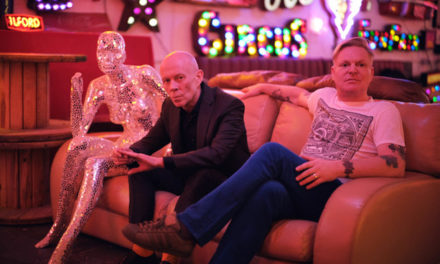 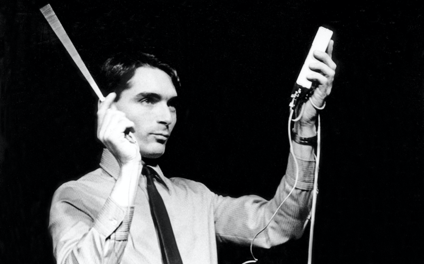