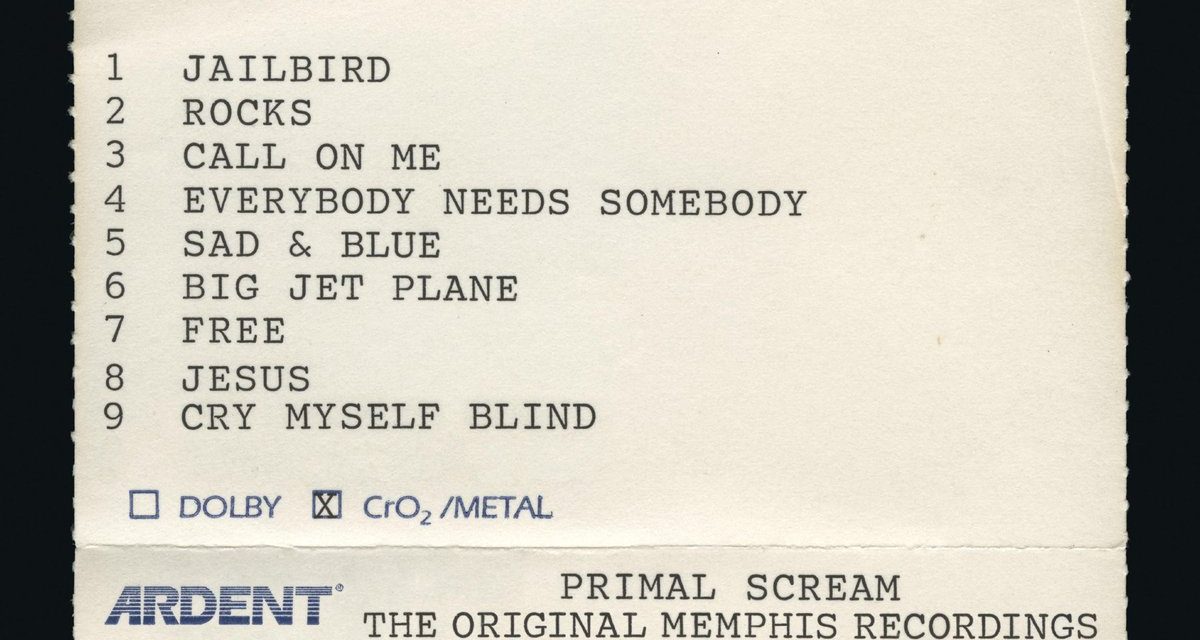 by
Rob Jones
Primal Scream have eventually released the mislaid 1993 ‘Give Out But Don’t Give Up’ recordings for after they have been discovered by guitarist Andrew Innes in his basement.
Bobby Gillespie and co. headed to the Memphis’ Ardent Studios 25 years ago to liaise with producer Tom Dowd and the legendary Muscle Shoals rhythm section. ‘Give Out But Don’t Give Up: The Original Memphis Recordings’ is now available as a double album covering a variety of bases with alternative versions of songs that were to gain another identity.
The end product is the more traditional elements of a multi-dimensional act who have never been afraid to dip their toes into the vat of variety. If anyone can genre hop with ease it is this timeless talent and here the experimentation heads into the terrains of blues, gospel and country built around a rock n roll fulcrum.
Ballads and bombast to the fore – this is a work that honours the sounds upon which contemporary music was formed and Primal Scream went back to those roots to fill their boots! Get your Rocks off honey!
Disc 1 – Tom Dowd album mix
Disc 2 – Ardent outtakes