Mura Masa, Cosha, Vic Mensa, Nao, Craig David, Stefflon Don, Lunchmoney Lewis, Hailee Steinfeld, Phillippe Saisse, Elton John, Emile Sande and Lady Gaga play performance roles. This cast is sizeably increased with a considerable cast of writers, musicians, producers and associates. Quite a crew, eh?!?
However, the many out front and behind the scenes personnel are united by the legend that is Nile Rodgers. His latest Chic album – It’s about Timehas his talents to the fore in so many guises because  this guy is a musical maverick with more individual skills than it is possible to calculate. If a list of his array of abilities was tallied it would probably not include every aspect of this multi-dimensional icon.
I was blessed like many others to have come through the first wave of Chic and their hits of the late 70’s cannot be surpassed as era-defining nuggets and their durability maintains a momentum into the current world heading onwards into infinity. One could say Good Times – forever!
So what of the new material? Well, it has unmistakeable Rodgers rhythms and there are flavours of that bygone brilliance with a revamped I want your Love but this work is the ultimate mix of the past with the present. Those classic yesteryear tempos are molded into a contemporary context to give the purists a pulse and to also offer the new breed a chance to dance.
Rodgers has a pedigree of having worked with the greats and he has never ever lost a relevance – even when the original Chic lost their commercial appeal in the early 80’s he then went on to bolster the careers of many others e.g. Diana Ross, Debbie Harry, David Bowie, Madonna and Bryan Ferry (with this list running on and on…..). In the last several years as the clock goes back to then move forward the Chic Cheer has been re-evaluated and that has led to a fresh interest in the great man and a call upon his services from a variety of acts e.g. Daft Punk and many others too.
This 2018 return to action is both credible and incredible especially considering it is 26 years since the last Chic long player. Pop, disco, jazz, R & B, soul, funk and more – you will never know the score – as Rodgers defies time and categorisation with his desire to collaborate and experiment! There is plenty to celebrate here and the Chic Organisation is still bearing many fruitful vines. To add to the magnificence of the music there is also a bonus chat from Mr. R. about his take on things. The River Nile keeps on flowing so get on board the good ship that follows its course.
Nile Rodgers and Chic play the Motorpoint Arena on Wednesday, December 18, 7pm. For tickets go to: www.viagogo.co.uk 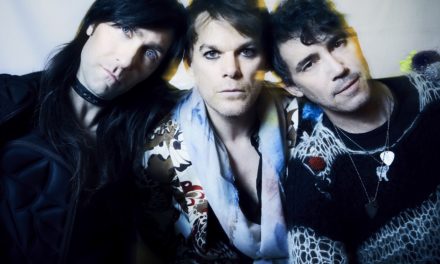