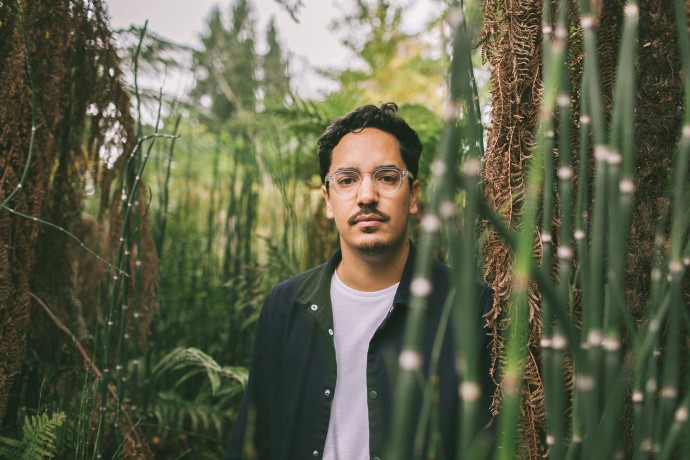 ON RAYGUN RECORDS VIA THE ORCHARD

Following his short run of intimate dates last December, LUKE SITAL-SINGH has announced a more extensive UK Tour in support of his upcoming new album, ‘A Golden State’, which is out April 5th on Raygun Records via The Orchard.

Luke, who recently relocated from Bristol to LA, says “I’ve been living in Los Angeles for two weeks so far and I’m already feeling worryingly upbeat. So I’m very excited to be coming home for this tour and launching this new album the right way. It could be my last visit for a while so I plan to make it a memorable one.”

Tickets are on sale now, available from www.lukesitalsingh.com

Fittingly, Luke’s new single is called ‘Los Angeles’, and it’s a song as warm and hazy as an LA morning. Writing it helped in his decision to move to the city with his wife, illustrator Hannah Cousins. “Hannah’s wanted to move to LA for years but I’m not much of an adventurer, I’m a worrier and a pessimist,” he says. “But I do need something new. And writing the song crystallized my enthusiasm for moving there. It’s probably the most honest and open song on the album.”

The song’s video contrasts Los Angeles and Weston-super-Mare, and was directed Chris ‘MUG5’ Maguire. “I had a choice to keep Weston-super-Mare as my local beach or change it to Malibu, California,” says Luke. “Tricky one…! They could have flown me to LA for the video shoot, but I’m not Duran Duran. So I got the train to Weston and filmed my bits there.”

‘Los Angeles’ is the third single from ‘A Golden State’, following the 2018 singles ‘The Last Day’ and ‘Love Is Hard Enough Without The Winter’. Fans who pre-order the album will get all three singles as instant grats.

‘A Golden State’ was produced by Tommy McLaughlin (Villagers, Soak), who also produced Luke’s last album, 2017’s ‘Time Is A Riddle’, and recorded in Portland’s Jackpot Studios, famously set up by Elliott Smith, where alumni include R.E.M., Stephen Malkmus, and The Decemberists.

The cover artwork, a four-colour lino cut of the Venice Beach canals created by Hannah, is taken from her upcoming art book, ‘Coastline’ (pre-order at www.hannahcousins.com), which chronicles a two-week road trip the couple took down California’s iconic Pacific Coast Highway between San Francisco and LA.

Luke Sital-Singh released his debut single ‘Fail For You’ in 2012, introducing the world his deft ability to craft songs with a mesmerizing, piercing emotional quality. The song went on to be featured in numerous TV shows including ‘Grey’s Anatomy’. At the end of 2013, Sital-Singh was featured in the BBC’s Sound of 2014 list and released his debut record ‘The Fire Inside’ later that year.

After a couple of years touring the world and opening for artist such as Villagers, The Staves, Martha Wainwright and Angus and Julia Stone, in 2017 Sital-Singh released his critically-acclaimed sophomore record ‘Time Is A Riddle’. The album’s lead single ‘Killing Me’ has had 10m plays on Spotify, and Luke’s combined streams since 2015 are at almost 120m.