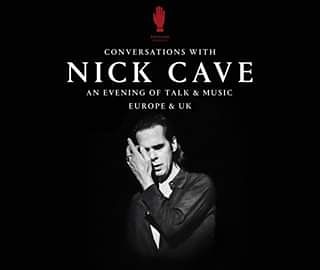 The truly honourable Nick Cave eventually arrived on Taff turf. The Australian icon headed to the prestigious surroundings of the Wales Millennium Centre and this appearance was not in the traditional live rock n roll format. However, his devotees responded in their droves and a never to be forgotten evening ensued. This show was to be a one man performance with no backing band – only this legendary musician addressing the audience in the format of conversation and songs. The disciples were offered a chance the quiz their deity and there were absolutely no taboo areas.

Cave put his neck on the line but this sonic stalwart came through with flying colours on each and every front. His tunes spark debate and also encompass the extremities of both the beauty and the beast of our existences. Life, death, love, loss, religion, rock ‘n’ roll, addiction and attraction are potent themes for discussion – and, as a result old Nick answered some deep and probing questions. Nonetheless, he also sparked a great deal of humour via his obviously affable nature and sharp wit. Totally random enquiries displayed the skill of the ad lib because who would have though that there would have been a query about who contacts the DVLA on behalf of the main man and why would he not take on such a chore himself!?! Crazy!

The stage presence of the antipodean ambassador was erudite, engaging, and entertaining. Ever thought of entering politics Mr. Cave as your approach to many awkward and challenging predicaments are both pensive and productive. Perhaps, there could be a new allegiance, how about The Birthday Party? As well as which within this world it would nice to see a Bad Seed with good intentions!

When it came to the sounds – the player and his piano did not disappoint with that visceral and vehement voice to the fore and sublime skills from his stool hitting the spot. There was an opportunity to hear stellar numbers such as: Into My Arms, Love Letter, God is in the House, Weeping Song, Jubilee Street, Mercy Seat, Brompton Oratory and Papa won’t leave you, Henry. To add to which there was a nod to his hero Leonard Cohen via a cover of Avalanche and also a dip into the vaults of the Grinderman incarnation which he fronts. The set headed towards three hours and everybody left fully satisfied with an evening in such illustrious and illuminating company.

Amazing, breathtaking, creative and diligent……ladies and gents – Nick Cave is a peerless pearl. 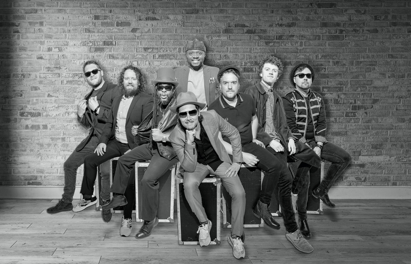