NEW SINGLE: ‘HOW DOES YOUR LOVE’
LISTEN HERE // SOUNDCLOUD

Today, DECLAN WELSH & THE DECADENT WEST return with: ‘How Does Your Love’, a powerful new single that finds nuanced nostalgia in our often-overlooked regional nightlife scene.

Or, on Soundcloud Here:

Whether it was Jilly’s Rockworld in Manchester, The Kazimier in Liverpool, Gatecrasher in Birmingham, Mint Club in Leeds or The Arches in Glasgow, everyone who has ever grown up in the provinces of the UK will have a local nightclub that will hold a special place in their heart. While these aforementioned totemic nightclubs have sadly all closed their doors in recent years, they and their regional counterparts to be found in every city and every town, from Essex to Aberdeenshire, are just a handful of hundreds across the UK that will have played host to so many seminal nights-out and provided the backdrop to many of our formative years. ‘How Does Your Love’, the latest from erudite Glasgwegian poet and vocalist Declan Welsh with his electrifying band The Decadent West, is a nostalgic nod and optimistic ode to the sticky floors, battered doors and DJ lost-causes, that make regional night clubs such an inimitable and intrinsic part of growing up in the UK.

‘This is maybe the easiest to misinterpret, I actually think this is a love letter to the power of provincial nightclubs. See, they get a lot of stick and yes I am not a huge fan of Downtown in East Kilbride. But see for 90% of folk, the f**king Berghain is a nightmare. Or like any f**king grocers come techno cocktail bar in Dalston. It’s pretentious and cool and it’s full of people who go to places to be seen going to places. See Downtown in East Kilbride for all its flaws, people go their to get blitzed and forget about their week. Their week has been sh*te, they know the place they’re in is sh**e but it’s not work so they embrace it. It’s also about how kissing someone on a dancefloor is a transcendent experience. Its lame as f**k and everyone around you hates you, but see when you meet someone you fancy on a night out and you both winch to music, no-one else in the world exists, yer hearts going a million miles an hour, it’s a rare moment of genuine tunnel visioned bliss. This song celebrates that.’

With the track inspired by Declan’s own experiences in East Kilbride, ‘How Does Your Love’, will also be accompanied by an exclusive Mockumentary as-filmed in the Scottish town and starring Limmy’s Show comic legend Paul McCole. Keep your eyes peeled for the short film’s release in the coming weeks.

’How Does Your Love’, swiftly follows the band’s blistering recent single ‘No Fun’, a scenester slaying anthem recently hailed by BBC Radio 1’s Jack Saunders as “one of my favourites…[I get the] same feelings from it as I do listening to I Bet You Look Good On The Dancefloor or Juicebox by The Strokes, a sure-fire Indie banger”.

Collectively, both tracks together set the scene for one of the year’s most anticipated albums: ‘Cheaply Bought, Expensively Sold’, the band’s debut LP which will hit the shelves on 18 October 2019 via the Modern Sky UK label.

New single ’How Does Your Love’, also arrives in the wake of the announcement of an extensive UK tour that will see the four piece appropriately taking to the stages of 15 of the finest underground clubs and music venues across the UK this Winter (full dates and details below). The upcoming tour will bookend a year of sold out shows across the UK and performances as diverse as those in Palestine (as part of a Glaswegian cultural exchange), The Great Escape, Reeperbahn, London Fashion Week, and their head-turning Billy Bragg approved appearance at Glastonbury 2019; a string of scintillating live sets that have solidified this band as one of Scotland’s most promising emerging talents and an unmissable live prospect. 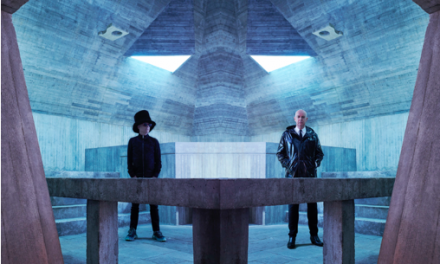