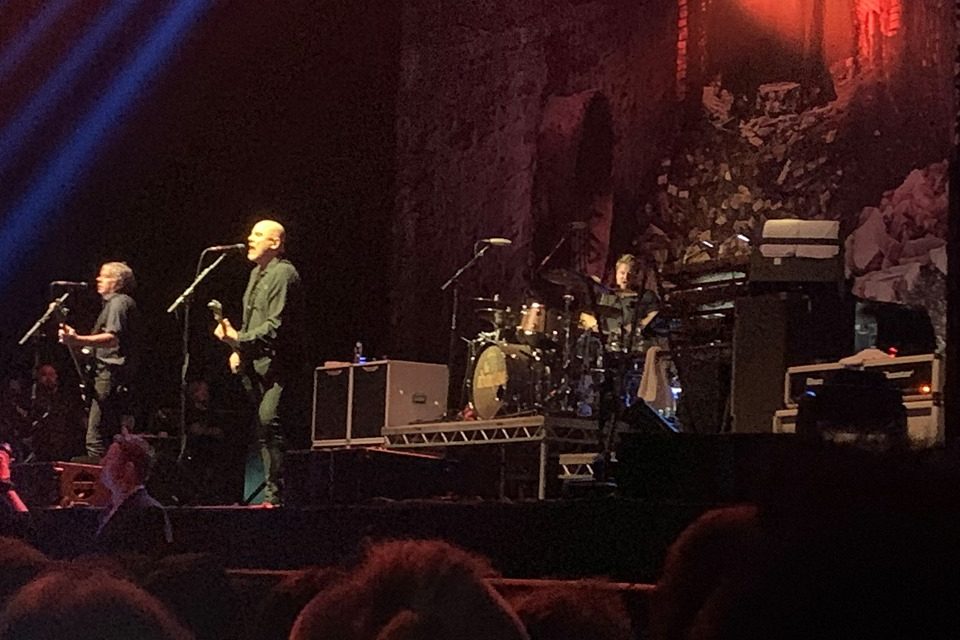 Toiler on the Sea, (Get a) Grip (on Yourself), Nice ‘n’ Sleazy, 5 Minutes, Golden Brown, Peaches, Freedom is Insane, Walk on By, Relentless, Hanging Around and No more Heroes. The aforementioned selection of gems allowed for The Stranglers to prosper in their support slot for metal mayor Alice Cooper.

The band took Caerphilly Castle by storm in July of this year with a career defining show. However, their set at The Motorpoint Arena focused heavily upon the years where Hugh Cornwell fronted the group and that halcyon era was explored via nine of the eleven numbers performed. The good and gold of their awesome early albums such as Rattus Norvegicus plus Black & White were at the core of this collection and that can only mean quality.

The Stranglers love their visits to the Welsh capital and their first outing at this venue proved to be a success even though many present had primarily come to see ‘Old dark Eyes’. However, a good reception was garnered and the men in black played to their full potential. It would have been a delight to have had more musical manna but the time was limited. Nonetheless, it was a diverse and delicious mix of the punk, post punk and pop elements of one of our most endearing rock riches.

Never pulling any punches and always pushing the envelope, ladies and gents – The Stranglers!