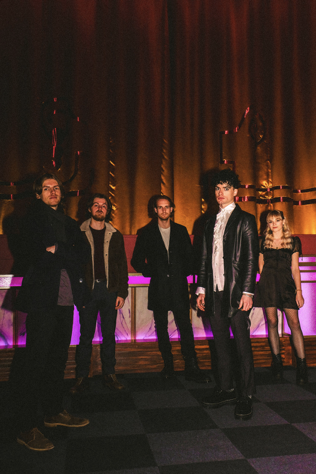 Sugar-coating a cutting commentary on masculinity, expectation and identity politics with their typically, up-tempo, soft-wired electro-indie sound, Peach Fuzz round the edges of modern life’s relentless pressures with honey-sweet vocals and smooth, vintage synths. Described by the band as “an exhausted, teary-eyed rant” that came to life when the macho bullshit became too much, the single kicks back at conformity and stereotypes, while beating a rebellious path to the dancefloor.

Remaining inspired to craft efficient, whip-smart pop together in their home city’s own hit factory, The Peach Fuzz worked once more with James Skelly (producer of Blossoms and She Drew The Gun) at Liverpool’s Parr Street Studios, having also collaborated on previous singles, The Outside Looking In and Pieces. With the band receiving strong radio plays , with BBC Radio, Radio X, and BBC Introducing championing the band in addition to influential streaming playlist inclusions such as New Music Friday. The release of the infectious Softie is set to further enhance their burgeoning reputation as one of the best emerging bands. Ahead of further 2020 live dates, including summer festivals, the upcoming The Peach Fuzz, March 2020 live dates are as follows, with tickets on sale now: 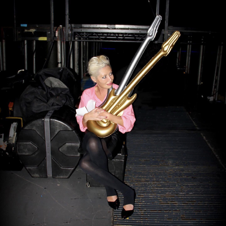