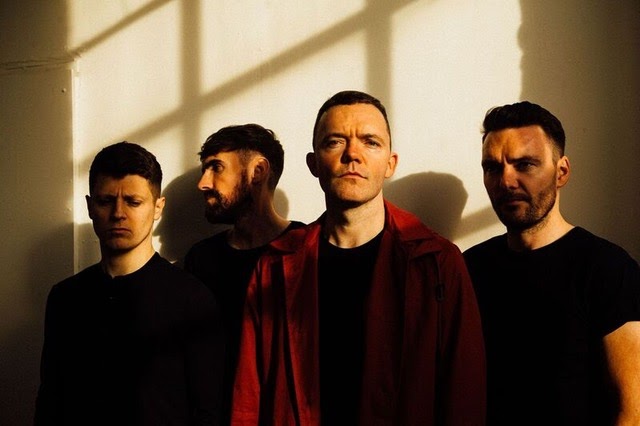 UK TOP 10 ALBUM:
THE JOY OF THE RETURN
OUT NOW, VIA MODERN SKY UK

THE SLOW READERS CLUB have announced their rescheduled UK Tour.

The dates originally due to take place this Spring, will now take place in October and November.

A statement from the band reads:

“We realise that this is an awkward time to be announcing things, and a difficult time for a lot of people. But as so many of you were asking, and as we could all do with something positive to focus on for once all this has calmed down, here are our rescheduled dates for later this year. All tickets for March / April dates remain valid. EU dates are still being worked on and there’ll be an announcement in the near future, along with supports for all shows. Hope you can all make it and until then stay safe x”

The new tour dates are as follows:

The news follows the release of The Slow Readers Club’s first ever UK Album Chart Top 10 with: The Joy Of The Return, which charted at #9 last week. Praised by Louder Than War Magazine, as “their best album to date”, the record is out now on the Modern Sky UK label.

The Manchester four-piece also recently released a video for current single ‘Killing Me’, which you can watch here. Capturing the raw intensity of their live performance, the video sees the Readers perform the track while the camera switches between members to give an intimate perspective of their live show.

‘Killing Me’ follows the release of ‘Jericho’ and ‘All I Hear’, released to acclaim from the likes of Steve Lamacq and Chris Hawkins at BBC 6Music, who premiered the track. Recorded at Parr Street Studios in Liverpool and produced by long-standing collaborator Phil Bulleyment, The Joy Of The Return marks a significant change in the band’s process, with their extensive touring allowing them time to write and develop tracks and arrangements through soundchecks and back-of-van jams.

Throughout the album, the band explore a vast swathe of sonic territory, with the dark power-pop that defined their previous releases still holding a strong influence. ‘No Surprise’ provides a powerful dose of evocative, brooding lyricism amid immersive soundscapes, while the unsettling ‘Paris’ is an undulating exploration of observational songwriting and eclectic musicality.

Elsewhere, the swelling, arena-sized ‘Zero Hour’ displays the enormity of The Slow Readers Club sound and sets the precedent for their incredibly exciting future, before ‘The Wait’ closes the album with a beautifully absorptive combination of atmospheric synths flipping the pace of the record on its head to intoxicating effect.

The new album comes on the back of a stellar 2019 for the band, which saw them play a mammoth 32-date European tour, and a number of sold out UK shows including London’s The Dome and two consecutive nights at Manchester’s The Ritz following the release of their critically acclaimed third album, Build A Tower.

PRAISE FOR: THE JOY OF THE RETURN

Dork – “an album that wants you to know precisely who The Slow Readers Club are, and won’t stop until you’re pigeon-toeing, head down, on the dark indie-dancefloor”

Under The Radar – “some of the most immediately compelling indie pop released in a long while… A surprising and effortless release, The Joy Of The Return feels like the start of something big for the band”

Gigwise – “Their new album The Joy Of The Return – which artfully puts forth uplifting message with serious undertones – is the perfect representation of the quartet’s hope for the world.” 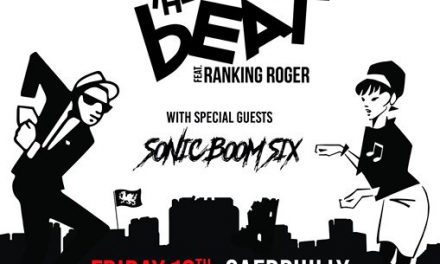