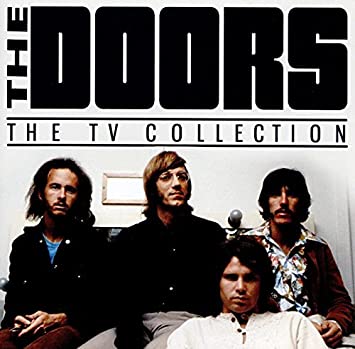 I had the fortune of seeing The Doors Alive a few years ago and this tribute is as close as I will ever get to the real thing. However, to sample the ephemeral essence of a regal rock was an uplifting experience. One could not estimate that this act who were just paying honour to their heroes could have such an effect. Therefore, to have mulled over the magnitude and momentum of the majestical Morrison and his merry men would have obviously been mindblowing!
A variety of 1967-69 small screen performances are united here and there is no doubt that disciples of The Doors will revel in an opulent opportunity to savour those seminal songs from an alternative angle. A 64 minute, 13 track album does justice to the band and also satisfies the punter. The choice of material is well sanctioned and there is no filler just killer! ‘People are Strange’ but whether that be the case the four sonic horseman that were The Doors can continue to ‘Light my Fire’! ‘Tell all the People’ that this selection means that it is not ‘The End’!