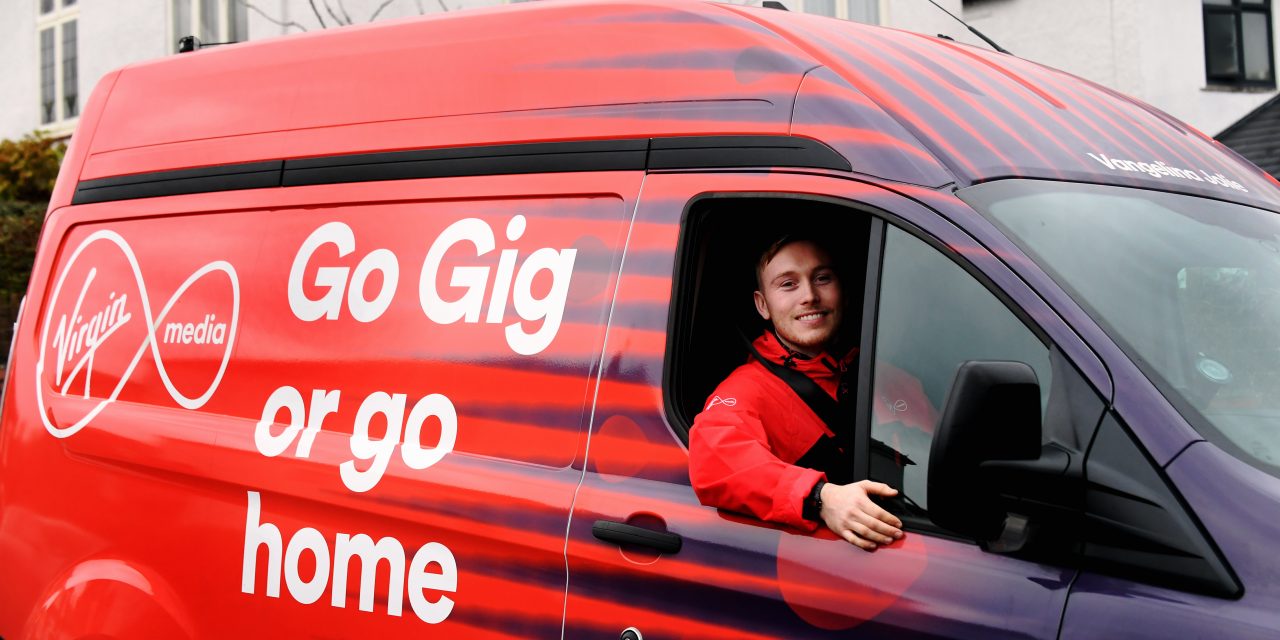 The major broadband boost for Wales comes at a time when many people are relying on fast, reliable connectivity more than ever as part of their day to day lives. This includes working from home, video calling friends and family and staying entertained by streaming TV shows and movies as well as playing games online.

The Government has set a target for a minimum of 85% of UK premises to have access to gigabit speeds by 2025. To date, Virgin Media has switched on gigabit connectivity to more than 7 million homes, making it the UK’s largest gigabit provider, with a plan to bring these next-generation speeds to its entire network by the end of 2021. As a result, Virgin Media will single-handedly contribute almost two thirds of the Government’s minimum broadband ambition four years ahead of the target.

Jeff Dodds, Chief Operating Officer at Virgin Media, said: “At a time when our services play a vital role in supporting people’s lives and powering the economy, Virgin Media is continuing to invest and as a result our gigabit footprint is growing like gangbusters.

“With our latest switch-on in Wales today, all four UK countries and capital cities can now benefit from our next-generation connectivity and the rest of our network will follow suit next year.

“Whether people are working from home, learning online, video calling friends and family, or binging on a box set in 4K, with Gig1, they’ll be able to do it all at the same time without worry or delay.”

Last month, Virgin Media published new research that revealed that people working from home are wasting an average of 11 minutes per day to slow broadband – equivalent to four full working days since the start of lockdown in March.

Virgin Media’s Gigabit Opportunity report identifies that eradicating this lost time with gigabit broadband could unlock a potential economic benefit worth more than £11bn a year in saved working hours.

The Hub 4 boasts more antennae than its predecessor, the Hub 3, meaning it can manage multiple devices at the same time around the home which can all share the hyperfast speed.

The new router makes use of the operator’s next generation broadband technology, known as DOCSIS 3.1, which it will deploy across its entire cable network over time.

Gig1 broadband is available to new and existing customers and can be packaged with or without telephone, TV and mobile services. Prices start from just £62 per month on an 18 month contract with a guaranteed price freeze for at least 24 months.

The power of Gig1

Virgin Media’s network currently passes more than 15 million UK premises. The network consists of both fibre-rich cable and fibre connected directly to the premises, both of which can provide customers with gigabit speeds. Upgrades to the network mean that Virgin Media has been able to introduce its gigabit service without needing to excavate roads and streets to install new cables.

Virgin Media, through its Project Lightning programme, is also continuing to expand its ultrafast network to more homes and businesses across the UK. More than 2.4 million additional premises have been passed since the project began.

Customers can find out more and buy Gig1 at www.virginmedia.com/Gig1Fibre