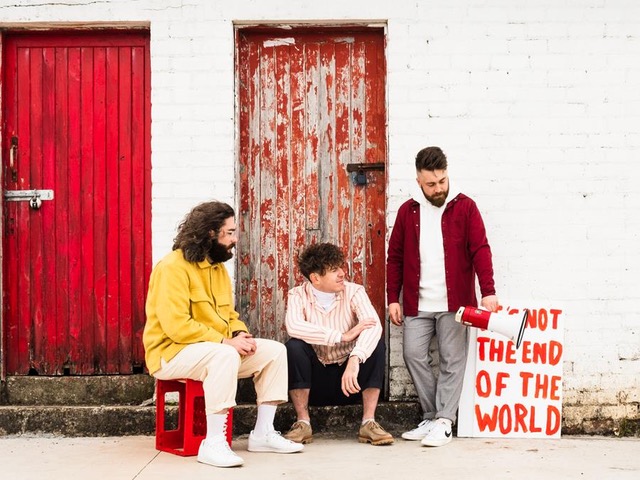 FATHERSON are back, but not as you know them.

End Of The World, the first new music from the band in three years, is a dreamy, synths-drenched beauty shot through with mischief.

“If it’s my last day on earth, I’m doing whatever I want,” sings a carefree Ross Leighton as the track shapeshifts around him.

Composed over Zoom during last spring’s lockdown, End Of The World takes the Kilmarnock-born, Glasgow-based trio into new territory while retaining their storytelling side.

“End Of The World is about going through tough times and coming out the other side. Suddenly you realise that you’re actually fine. So what if someone doesn’t love you anymore? Nevermind that life isn’t as it used to be. It’s definitely a bit tongue-in-cheek. If the world really was ending, you’d want to forget all the shit that’s been thrown at you and go out and have fun.”

End Of The World, produced by Steph Marziano (Hayley Williams, Denai Moore, Mumford & Sons), oozes optimism and dispenses with the distorted guitars of Fatherson’s past. “Our aim was to write a big song with a campfire feel,” says Ross. “At its core it’s a song you can sing along to, just vocals, acoustic guitar and drums. We’ve always had big choruses, but this time the focus is more on melody than adding bells and whistles in the production.

“As soon as we heard it back we knew we were on the right path. It’s a confident song that doesn’t have to shout, less a reinvention than a progression of where Fatherson have been before.”

End Of The World comes with a fresh, uplifting video in which the band serve up ice-cream, whilst a mysterious central figure sets out to rid the world of bad news, headline by headline.

“We had such a fun time making this one that we wanted to share the joy,” says Ross. “Will there be ice-cream at our gigs? Actually, that’s not a bad idea, as long as it’s not left to us to clean up.”

To celebrate the new release, Fatherson are hitting the road for a whistle-stop tour of some of the UK’s more intimate venues. With tickets selling fast, catch the band at these fixtures as follows: 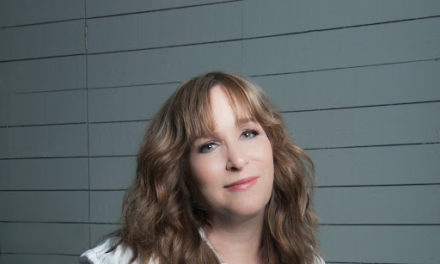