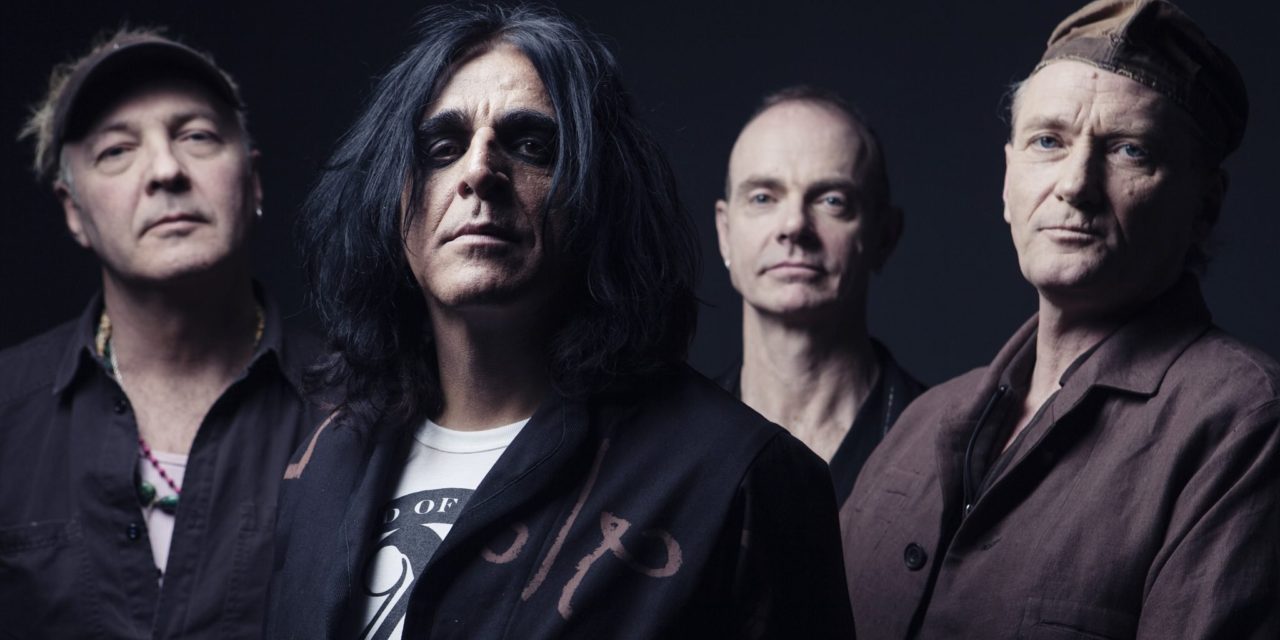 AS THE DOOMSDAY CLOCK HITS 100 SECONDS TO MIDNIGHT, THE ORIGINAL KJ LINE-UP ANNOUNCES THE:

LISTEN TO THE TITLE-TRACK HERE

“I’ve never known anything like the time we are living in now; not since the Cuban Missile crisis but now in comparison we have multiple flash points. Lord of Chaos is about complex systems failure, when technology overloads and A.I. misreads the enemies intentions.” – Dr Jaz Coleman.

To support and celebrate the arrival of new music, Killing Joke are set to undertake their first UK run in over three years, 2022’s Honour The Fire tour.

This 11 date tour will start with a just-announced intimate warm-up show at the Frog & Fiddle in Cheltenham on Sunday, March 27th; it will conclude in London at the Eventim Apollo, Hammersmith on Saturday, April 9th which is being filmed.

Killing Joke is very much music as ritual – raw, uncompromising and precisely-targeted lyrically; and Dr Jaz Coleman, Geordie, Youth and Big Paul, founding fathers of the group and an ongoing influence on both alternative music and (counter) culture in general, show absolutely no signs of mellowing.

With collective nostrils flared and righteous anger carried torch-high, The Four continue to take their music of resistance to fresh levels.

The Imbeciles are supporting on all dates (except Cheltenham) and Brix Smith is the special guest in London.

The ‘Lord of Chaos’ EP will be available on CD, digital and three vinyl formats on 25th March.

Tracks 1 & 2 – Produced by Killing Joke and Mixed by Tom Dalgety – set the tone for the band’s next studio album, currently being worked on in Prague.

Meanwhile, Tracks 3 & 4 give a fresh spin to numbers from the ‘Pylon’ album – ‘Big Buzz’ having been Re-mixed by Dalgety and Nick Evans, and ‘Delete’ getting the full Dub treatment courtesy of KJ’s Youth, who has a longstanding reputation in this area.

To purchase / stream the ‘Lord of Chaos’ EP go to: https://KillingJoke.lnk.to/LordOfChaosPR

Watch the video for the “Lord of Chaos” track here:   https://www.youtube.com/watch?v=SSVjEc5rIMc

PIL for the Tramshed.