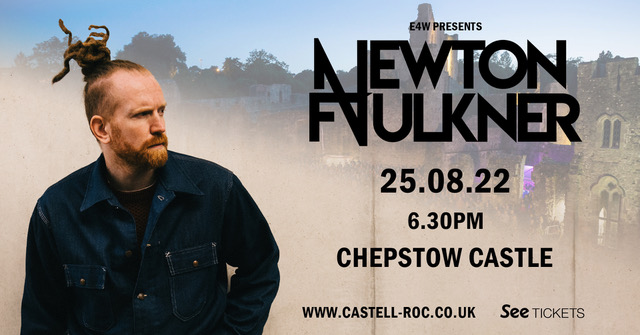 Following the release of his recent studio album ‘INTERFERENCE (OF LIGHT)’, the acclaimed Surrey singer-songwriter will be venturing to the beautiful Monmouthshire setting as part of this Summer’s Castell Roc series of shows.

*****
Since the release of his debut album ‘Hand Built by Robots’ in 2007 (featuring the massive hit “Dream Catch Me”) Newton Faulkner has become one of the UK’s most successful singer-songwriters of the millennium. Throughout his career to date, he has sold over 1.5 million records with 180 million streams. Performing huge headline shows in his own right, Faulkner has also taken to the stage performing as The Sung Thoughts of the Journalist in Jeff Wayne’s UK Arena tour of The War of the Worlds.

Last year, Newton released his seventh studio album ‘INTERFERENCE (OF LIGHT)’. Working throughout lockdown from his recording studio in East London, he began exploring new ideas and styles, and using them as the building blocks for his latest album.

“I’m not very precious anymore,” he remarks. “The music is a bit chunkier, it’s definitely way heavier and much less acoustic than previously. I feel like the stuff I’ve written recently is perhaps simpler but it’s tasteful; it works. I can feel it.”

‘INTERFERENCE (OF LIGHT)’ is an album that sees Newton push himself, both musically and vocally, as he explains.

“It’s grizzly, it’s soulful and it’s a step further. Vocally, I’ve learned a huge amount over the years. I was a guitarist and a songwriter who sang, that’s kind of where I came from. And now I feel like my voice has caught up with the stuff I was doing on guitar.”

The new album also sees him at his most daring but most familiar. Keeping to his trademark storytelling, the album reflects his feelings on current times and how he took a different approach to recording during restrictions.

“I don’t think things get better or worse,” he says, “they just change. I’ve purposefully steered away from any of the cliques that have appeared around me. I’ve just remained this solitary figure. This record was made during the strangest of global times, which presented huge challenges. Without these challenges, the record would not have been the same. Everyone involved, from the producers to the players, had to think and work in new, strange, and exciting ways. I thank them all for their hard work and I hope they’re all as proud of this record as I am.”
Plotting an extensive solo headline tour this Autumn, the ‘ Feels Like Home Tour 2022 ’, Newton’s appearance at Chepstow Castle will offer an exclusive sneak-peak of what to expect later in the year. As Newton says of his upcoming live shows:

“On the forthcoming UK tour, I’ll be focusing on the songs that work best with just a vocal and guitar part and no musical multitasking or loops,” says Newton. I’m sure there are some big songs I have never thought of stripping back, but the ones I can’t wait to play are Longshot, Against The Grain, I’m Not Giving Up Yet, Never Alone, Been Here Before, Waiting On You and obviously Feels Like Home. Most of these songs I very rarely play on tour!” 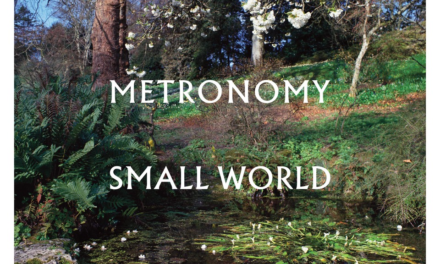