RCT writer on a dragon ride RCT resident Stephen J. Preston has had a diverse career which has resulted in a great amount of work with our younger generations in terms of reading, writing, drama and music. This industry has taken in teaching youngsters at primary and secondary level as well as other projects such as www.ariusmusic.com with its performing arts enterprise and there is also his guise as a trustee of the www.worldofwords.education children’s literacy and well-being initiative.

In the role of an author S.J.P. has previously written an acclaimed text for adults entitled – The Good, The Bad and the Apocalypse – but, his venture into a new arena of penmanship has proven that those years of endeavour with a formative crowd has paid dividends. His 2022 effort – The boy who flew with Dragons – has led to a new challenge and the multi-talented man at its roots has once again triumphed with a tale aimed at those aged 9 years and above.

In this work the developing novelist places young Tomos on holiday in West Wales with his mother, stepdad and baby sister, Gwen. The audience could ask ‘Is this going to be the traditional family vacation absorbing sun kissed walks, lots of beach and sea adventures plus lashings of ice cream and cold drinks?’ The answer to that query would be ‘no’.

For this remarkable ride for juveniles has its well-written contents unveil that there is far more to be discovered than the aforementioned norms of a summer break.

Strange weather, a mysterious shadow, a chance encounter with a senior gentleman and exciting experiences with a diverse group of dragons take this tale from the ordinary into the extraordinary. Tomos places a long term suffering on a journey that helps him deal with a childhood trauma that has quite obviously stunted his emotional development.

Throughout the 130 pages there are trials and tribulations coated with the introduction of a dragon community who help volley the tale into the skies and beyond. The staggering geography of a magnificent coastline and the wondrous waves and rugged rocks enhance the feel of the narrative which in itself brings to life the scenic surroundings at their most beautiful and brutal.

Without giving away any more information, it is safe to say that the path to the conclusion is met with many twists and turns as Tomos and the dragons develop a union.

Stephen has already liaised with schools and further explored the structures of his days as a wordsmith and what that can both entail and ultimately deliver through this current release which is available for a bargain £5 via: www.stephenjpreston.com

Through his website there are also details as regards what Mr. P has to offer and there is plenty more. For example, the main man is currently acting in a comedy play called ‘Elvis the Rhondda Years’ and look out for that show at the famed annual festival in Porthcawl that honours ‘The King’. However, for now it is a case of enter the dragon world and enjoy a trip that can be the perfect escape during the long six weeks away from school. 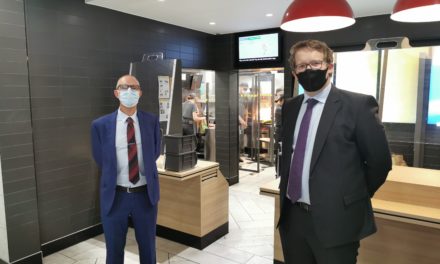