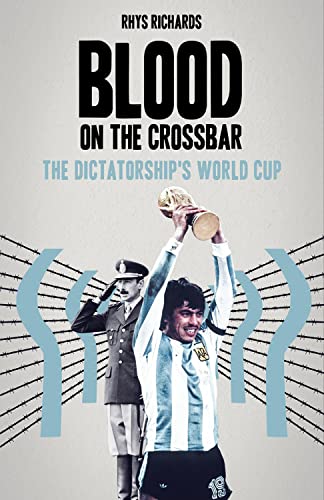 BLOOD ON THE CROSSBAR

Blood on the Crossbar: The Dictatorship’s World Cup is the story of football’s most controversial tournament: Argentina’s 1978 World Cup. It was a tournament that took place during a brutal military dictatorship, where thousands of citizens ‘disappeared’, mothers protested on the streets and a national team’s success was hijacked by the military.

Rhys Richards is a writer and English teacher from Penygraig in the Rhondda Valleys. He has been published in The Guardian and his other writing credits include primarily focussing on football’s role in Latin American history.

This is a sports story that I grew through but only as a soccer supporter unaware of the bigger picture. As a 16 year old football obsessive I was glued to the television studying each game as if my life depended on it. I had just got through the ordeal of sitting (but, later to find out, not passing) eight ‘O’ levels in a pressurised few months. However, it was now over to the subject I loved – and, that was not geology, geography or geometry but FOOTBALL!

The 1978 World Cup was once again bereft of a Wales team that had not qualified for 20 years and had to wait a further 44! Roll on November 2022! This event was also free of the English media putting their national side on a pedestal of hyperbolic expectancy. This was a distant affair in a far away land. The tournament to me was all about witnessing the greats of the game creating beauty with a ball. My South American team would be Brazil and the European option (after being absorbed with the 1974 competition) was the immaculate Netherlands football machine.

Did I need to know anything more? I thought not, as a naïve teenager.

Well, it is thanks to the diligent documentation of Rhys Richards that I have discovered I needed to take on board a great deal of extra curricular detail which went for beyond the realms of an Adidas Tango ball being battled over across a series of 90 minute fixtures. For this was a blood sport dirtied by the most menacing of political machines.

For behind the façade of football there were great atrocities going on. Thousands of lives were lost and bodies went missing and many were washed up on South American shores. Under the guise of a dangerous and destructive Argentinian ruling hierarchy a trail of trauma, terror, trials and tribulations ensued. Meanwhile, at the same time the international soccer side were on a path to global dominance on their home turf amid the application of an insipid icing of murder, torture, dubious drug tests, match fixing, political influence, gamesmanship, bribery, boycotts, and other underhand activities. The oppressors and their oppressed, the overwhelming operations and the opposition. Power, corruption and lies of the most extreme nature coated one of the great global events to create the ultimate ‘Glory and Gory’ gathering. For here top class football sat side by side with underworld mutilation (on occasions these unlikely polar opposites but a stone’s throw away…..).

My review has barely scraped the surface of the contents but I urge you to celebrate the research and delivery of Rhys Richards for he is indeed a talented wordsmith with sublime storytelling skills. As an individual I will never ever view the 1978 World Cup with the same memories and it is many thanks to the author for broadening my perspective. This Pitch Publishing product is available for £18.99 and is worth every penny. 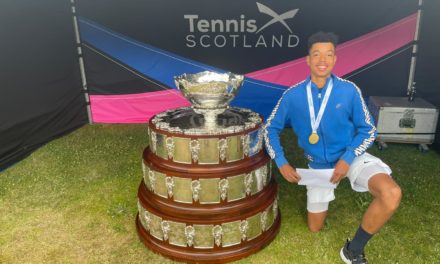