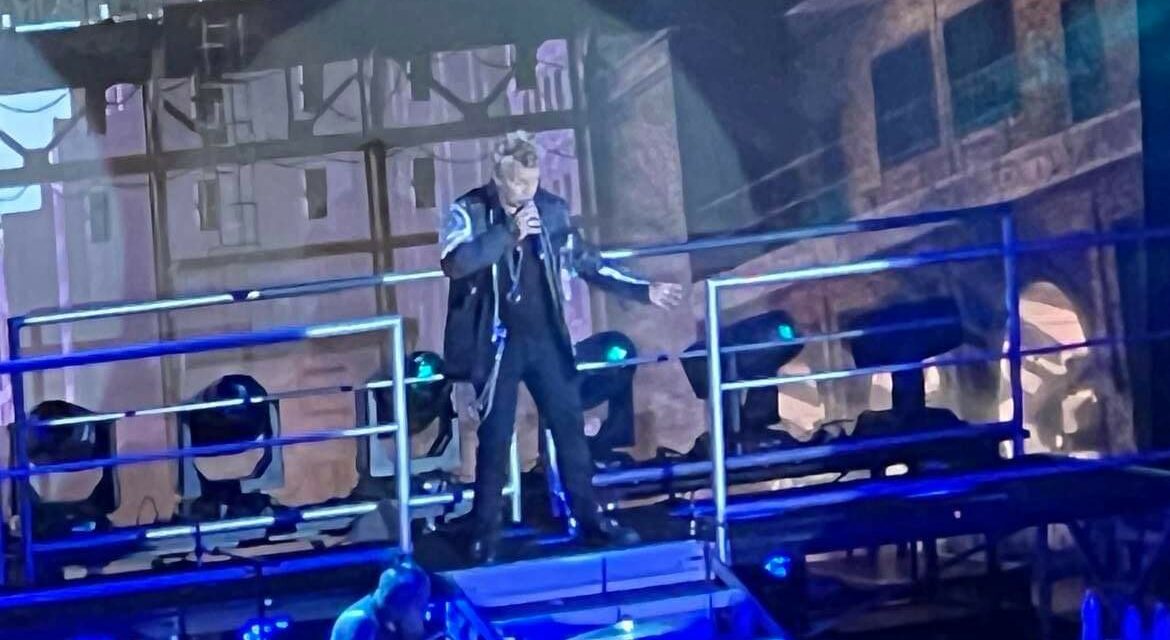 Billy Idol begun his rebel ride as one of the Bromley Contingent that hung on to the torn shirt tails of the Sex Pistols in the early days of the nascent 70’s UK punk scene. From there he became a bit part player in rebel underdogs Chelsea and then it was on to the more successful realms of fronting the vastly underrated Generation X (Gen X).

When that latter band had reached their sell by date Billy ventured to an early 80’s USA to embark upon what was to become an incredible transatlantic/trans-genre solo career that has integrated clubland beats, cinematic drama, rockabilly roots, plus the punch of punk and rock ’n’ roll debauchery.

Well a Cardiff CIA audience came out in their droves to pay respect to a man that has pushed the envelope for excess in terms of personality, performance and product. The solid substance as a sextet supplements the stage stamina. The furore fires out: A selection of those renowned hits from his solo catalogue, a dip into the tunes that kickstarted his career, a nod to the influences that made the main man throw his musical javelin far and wide plus there is new material from both of the recent EP’s i.e. The Roadside and The Cage!

Sidekick Stevie Stevens is given freedom to turn things into guitar gusto and perhaps for the Your Generation era breed of fans this unnecessarily offers oodles of poodle and a traditional tsunami that was not an element of the original new wave assault. This six string soldier in looks and licks fits the axeman bill and his reined in rhythm has helped catapult Billy to global gold.

However, the original devotee also still hankers after those Tony James assists and the supergroup project Generation Sex (inclusive of Idol, James, Steve Jones and Paul Cook) must also be worthy of some British shows and the dynamic delivery of nuclear nostalgia.

The focal attraction is a real icon who has created a legacy that many of the current crop of pop will never ever achieve and his story also has him star as a survivor. Please look out for a documentary currently in the pipeline which if in the style of an epic 2014 autobiography will make for compulsive viewing.

The tunes from the then and now fly around the auditorium and anthems such as: One Hundred Punks, Dancing with Myself, White Wedding, Rebel Yell, Cradle of Love, Mony Mony, Eyes without a Face and Flesh for Fantasy are intertwined with more contemporary offerings such as the new heroes: Bitter Taste, Cage, Running from the Ghost and Rebel like You.

Billy takes time to introduce certain songs that obviously deal with delicate subjects such as the pandemic when he lost his mum and was prevented from attending the funeral, his near fatal motorbike accident plus the horrors of addiction and escaping that world. We are also treated to a cover of the Johnny Thunders gem – Born to Lose and a nod to Top Gun highlights Stevens past.

All in all energy aplenty from a man heading towards his 67th birthday and a level of momentum that would put teenagers to shame. Billy Idol is still a Ready Steady Go legend, a bona fide Idol – and certainly not idle as he was once called by an old schoolteacher! 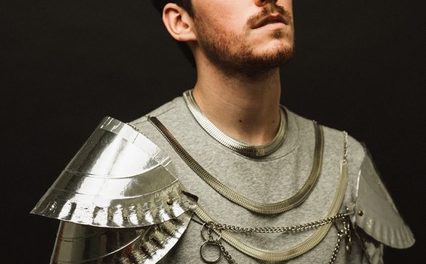