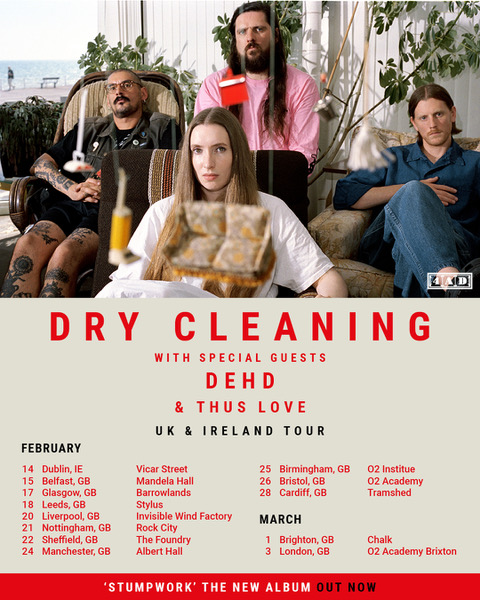 “The lines are most likely about giddily giving yourself up to romantic infatuation, but could also be about a band succumbing to ambition, and writing their biggest songs yet” -The Guardian

“On Blue Skies, they made the best choice, which is the only choice: Change nothing. Not one thing.” -Pitchfork

Rising Chicago alt-rockers Dehd are set to return to the UK and Ireland next year for a live run supporting post-punk four-piece Dry Cleaning.

2022 has been the ultimate rollercoaster for the fast-ascending trio Dehd. After releasing their new album ‘Blue Skies’ to widespread critical acclaim, the band have amassed many millions of streams, played several sold-out shows and adorned major festival line-ups worldwide.

Now, the band have announced a return to the UK and Ireland for 2023, supporting Dry Cleaning as the main special guest across their extensive 13-date tour.

Striking a chord with listeners thanks to their dynamic ear for melody and unfiltered songwriting, Dehd are a critically hailed, unashamedly idiosyncratic trio whose unique blend of weirdness, warmth and wit has sparked an adulatory fanbase across the world.

Dehd’s latest album ‘Blue Skies’ — their fourth full-length LP and first on Fat Possum — is loaded with the most compelling, compulsive and expansive songs of their career, and sees the band more wild and wonderful than ever before. The follow-up to 2020’s breakthrough record ‘Flower of Devotion’, it offers another jolt of timely hope, only with twice the power.

With thirteen hits that take inspiration from their own experiences and tap into everything from love and sex, to living and dying, the album is available to stream in full here: https://dehd.lnk.to/BlueSkiesPR.

Having struck a chord with listeners across the US, UK, Ireland and beyond, the live run follows appearances at the likes of All Points East, End of the Road, CONNECT and Future Now festivals, and will see Dehd bring their towering small-but-mighty reputation to international audiences again next Spring. Full dates and details below. 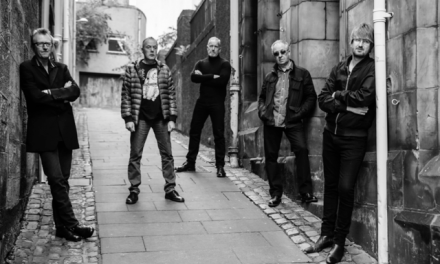 Penetration for the principality. 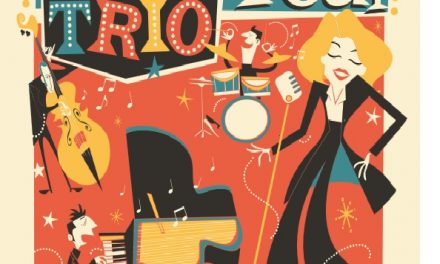 Clare Teal and her Trio