Thomas Truax in Cardiff on Jan 18th at The Moon. 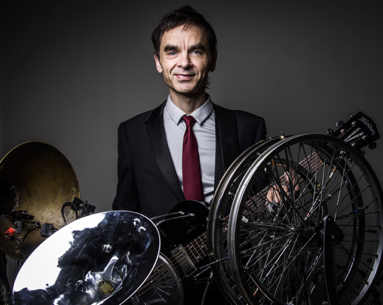 Thomas will be debuting songs from his fantastic new album, Dream Catching Songs.

We have interview time available now and guest list places for the show too.

Album downloads are also here, please let me know what you need, thaks

+ NEW SINGLE:
“EVERYTHING’S GOING TO BE ALL RIGHT”
OUT NOW
LISTEN HERE

American singer-songwriter and inventor THOMAS TRUAX has announced the release of his new album ‘Dream Catching Songs’, set for release in January 2023.

An experimental and imaginative musician creating sounds that sit in the space between art-rock, post-punk and his own distinctive brand of surreal Americana, Thomas’ tenth studio album sees the artist as innovative and inimitable as ever.

Like all the best relationships, the musical triumvirate came about through a chance encounter and — for Budgie and Mother Superior — a whirlwind romance.

While touring endlessly through Europe, the American artist found himself based in Germany for a time and it was at a festival in Dortmund where he and Budgie had chance to get properly acquainted.Thomas explains:

“We had a great conversation over dinner. I’d been a fan of his work since my teenage days in Denver. My performance was scheduled for later and he hadn’t seen it yet. I warned him that sometimes human drummers take offence to Mother Superior, seeing that something so mechanical could, in a way, threaten to take their place. But when I finished my set I went backstage and there was Budgie, waiting in the wings saying how much he loved my set. He was even holding a flower for Mother Superior and saying he was in love with her.”

After crossing paths a few times over the following years, Thomas and Budgie discussed the possibility of recording some new material together with the drum machine. “When I was next touring through Berlin I booked some extra days off the road,” adds Thomas. “I’d originally thought we’d head to an established studio but I’m a very hands-on, DIY kind of guy and Budgie offered we set up to record in his own underground ‘Bunker’. This way we could experiment a bit more and work with his own drum kit.”

After a handful of technical difficulties, the trio laid down the album’s foundations in Germany, before Thomas returned to Birmingham, England (where he is now based) to finish the album off over lockdown in his own home studio.

“My tendency is to work slowly and if someone doesn’t stop me, I”ll work on the tiniest details forever,” says Thomas. “Budgie likes to work faster and stresses the value of spontaneity.”

Budgie adds: “Spontaneity is where the best stuff happens… Creative energy is important in artistic collaboration, it’s about chemistry and relationship.”

An album packed with outlandish ideas and offbeat idiosyncrasies, the LP features earlier track “ Everything’s Going to Be All Right ” — an eerie post-punk cut that sees sharp spoken-word vocals, atmospheric guitar wobbles and reverb-drenched tremolo descend towards a catchy rock’n’roll chorus — alongside a vast array of previously unheard material.

From the warped and craggy art-rock of “ The Anomalous Now ” to more atmospheric instrumental moments like “ Origami Spy Arrives In Paper Boat ” and Truax’s eerily spun takes on traditional Americana, “ A Little More Time ” and “ Dream Catching Song ”, the album traverses a range of sounds and styles as eclectic as the artist himself.

Best known for his work with Siouxsie and the Banshees, The Slits and The Creatures, current collaborator and English drummer Budgie has also worked on numerous projects over recent years with the likes of John Grant and Hercules Affair. He also co-hosts the ‘Curious Creatures’ podcast with Lol Tolhurst of The Cure.

Thomas Truax will also be playing a string of live dates across the UK in the new year to mark the album’s launch. Full dates and details below.

LISTEN TO RECENT SINGLE:
“EVERYTHING’S GOING TO BE ALL RIGHT” HERE