by
Rob Jones
Alison Statton and Spike are pioneers of Cool Cymru and that was long was coined in the 90’s! Alison fronted the iconic Young Marble Giants whose minimalist majesty proved that there were many branches to the post punk tree – and their Colossal Youth album has been name checked by many an outsider including Kurt Cobain. Spike too was an influential character in those far away days and when he joined with Alison on the Weekend project further strides were made as regards what is perfectly described as a nouveau-retro sound.
Alison and Spike made their respective marks with now sought after releases but then the pair then went into hibernation. The couple return for 2018 action and their Bimini Twist long player marks a notable comeback with Alison to the fore with her dulcet tones coating minimalist DIY tunes that can be so subtly simple with nice nuances.  This fresh material opens doors that may well have entered in to sonic rooms that have been previously explored. However, the difference is that the design of these areas is completely unique. Sweet and subtle, dark and delightful – all that jazz – with and without jazz! No need for gimmicks, gizmos, over-elaboration or ostentation  – A & S are alternative and sublime, angelic and smooth, angular and streamlined.
Putting the no in to noise – Bimini Twist is eleven not louder! This is a late night chill extravaganza – get on board with a gentle array of grooves that will help you make the transition from the summer in to autumn and beyond.

Ed of the class 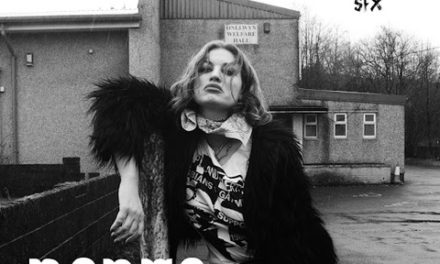