The Happy Mondays got the punters in early at Cardiff University as it was rumoured that they would perform at 8.30pm. However, that band did not appear until over an hour later. Nonetheless, even though there was a support act it was not from that direction that the entertainment came–but, it was from the faces and fashions that made up the audience.  This was a bonanza of the beautiful, the breathtaking, the battered, the bruised and the bizarre-and, it made for an excellent spectacle!

The main attraction arrived and 25 years after the release of the iconic Pills, Thrills and Bellyaches the nucleus of the original combo are celebrating their commercial

high. Bez sets the tone with his demented dancing. Shaun Ryder takes his spot, does not flinch and concentrates on his vocal delivery. Rowetta opens up her lungs to maximum effect and she also throws a number of shapes. Meanwhile, a steady beat is maintained by Mark Day, Gaz Whelan, Paul Ryder and Dan Broad (as Paul Davis is no longer a fixture).

Their acclaimed album is dissected and a few different textures are added to the sounds of 1990-but, there is no doubt that the Madchester mavericks are on form. I have been fortunate to have seen the Mondays in the prime of their legendary Elland Road, Leeds (1/6/1991) gig (later released as ‘Live’). At the same time the opportunity to witness the fall out of a Newport Centre show (16/10/1992) declared that a first incarnation of the classic line up was in disarray.

Anything can go and it can either be hit or miss. However, a full house in the Welsh capital were not to be disappointed

To absorb the likes of: Kinky Afro, God’s Cop, Donovan, Grandbag’s Funeral, Loose Fit, Dennis & Lois, Bob’s Yer Uncle, Step On, Holiday and Harmony fired out in order is to be spoiled. Even though time takes its toll on us all and there has been the odd glitch in the Mondays mechanics tonight is quite obviously an event to be placed in the credit column.  Bez tops and tails the concert and even though he is absent during the middle of the set his energetic endeavour demands a lot of physical input and he is 51….so fair play! When on stage Mr. Maracas gives 110% and the public simply adore him-and, when he and Rowetta adorn themselves with a Welsh flag the admiration levels increase!
The nostalgia and euphoria take the Mondays’ faithful back to their youths-and, their eternal anti-heroes fuel the fire. To add to which the encore delivered another couple of colossal classics in the form of Hallelujah and the wonderful Wrote for Luck.

Those yesteryears had the charts offer a diverse landscape, Top of the Pops was a worthwhile watch and Ryder & company were a top combo. As regards 2015 a vibrant Mondays are still maintaining their momentum-and, as a result the Welsh capital experienced a happy Sunday not a black Sabbath! 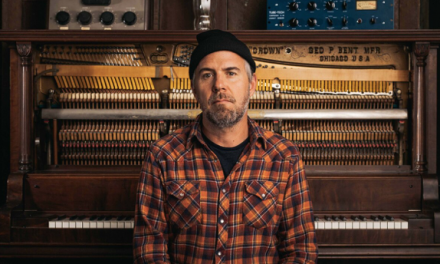